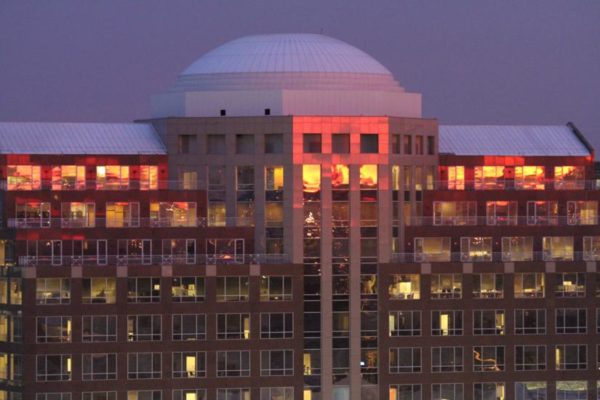 Trevor Noah Performs in Arlington — Comedian Trevor Noah performed his first stand-up comedy show since being named the next host of The Daily Show last night in Arlington. It was the first of seven sold-out shows Noah is performing this weekend at the Arlington Cinema Drafthouse. In writing about the performance, the New York Times described the Drafthouse as “about a half-hour drive outside Washington, with drinks far cheaper than most places in the District.” [New York Times]

Arlington Resident in Voice Contest — Tara Cannon, an Arlington resident, is among the singers hoping to get a guaranteed audition for The Voice, via an online voting contest on NBC 4’s website. [NBC Washington]

Cherry Blossom Race Closures — Police are planning on closing the Memorial Bridge and Memorial Circle to traffic Sunday morning for the Cherry Blossom Ten Mile Run and 5K. The closure is scheduled to be in place from 5:00 to 11:00 a.m.