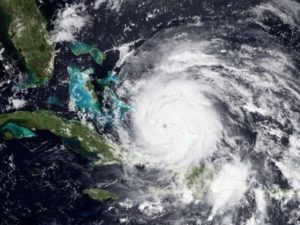 Virginia residents can stock up on hurricane preparedness supplies without having to pay sales tax this week.

There are actually two hurricane tax holidays this year. The first tax holiday is May 25-31, which has been declared Hurricane and Flooding Preparedness Week by Gov. Terry McAuliffe. The second is Aug. 7-9.

After 2015, there will only be one holiday in August. The Virginia General Assembly voted to combine three hurricane preparedness tax holidays into one three-day period. However, the bill goes into effect on July 1, 2015, which means the planned tax holiday from May 25-31 was unaffected.

Among the list of items exempt from tax are supplies under $60, including bottled water and batteries, generators under $1,000 and chainsaws under $350. Food and candles are not exempt.

While inland, Arlington is not immune to the impacts of Atlantic hurricanes. The county saw plenty of wind and rain from Hurricane Sandy in 2012 and more significant damage from Hurricane Irene in 2011.