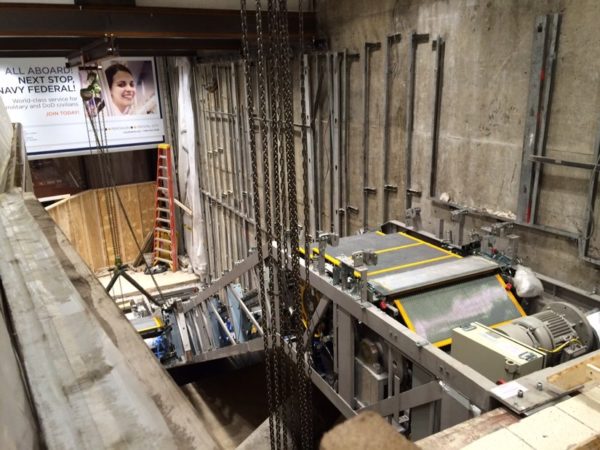 FIFA Movie Shown in Arlington — Arlington is home to one of ten theaters nationwide that showed a biopic about Sepp Blatter, the embattled president of FIFA who last week announced that he would be stepping down from the international soccer organization. The AMC Loews Shirlington 7 grossed $161 from “United Passions” as of Friday. Nationwide the film, which cost FIFA at least $25 million to produce, grossed only $607. [Washington Post]

Crystal City Hosts Car ‘Micro-Factory’ — Crystal City is currently home to the Local Motors Mobifactory, a car factory in a shipping container. The “micro-factory” uses 3D printing technology to produce prototype vehicles. The micro-factory plans to remain at 1900 Crystal Drive for the rest of the summer. A grand opening is planned for Thursday. [Tech.co]

A Note on InsideNova Links — Normally, ARLnow.com warns readers of auto-play videos in articles that we link to in the Morning Notes. We have observed that InsideNova often hosts autoplay videos, with sound on, within its ad units. Because this doesn’t happen every time we visit, however, we will not include an auto-play video warning for these links. ARLnow.com believes that advertising should be local and relevant and should not purposefully interrupt or annoy readers. We hope that users who might use AdBlock Plus to block annoying ads from other publishers would whitelist our site so that we can continue to bring you interruption-free local news content and relevant messages from local advertisers.