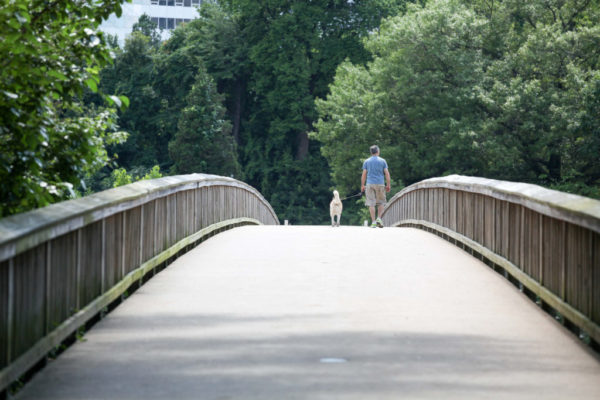 Police Seek Witnesses to Fatal Crash — Arlington County Police have officially identified the victim of a fatal pedestrian crash on Route 50 early Saturday morning. Christopher Barton, 36, was killed after being struck by “at least two vehicles.” Investigators say they are seeking witnesses to the accident. [Arlington County]

Mark Schwartz Takes the Reins — Following the retirement of Barbara Donnellan, Deputy County Manager Mark Schwartz is now serving as acting county manager. In a memo to county employees, Schwartz said: “We need an all-hands-on-deck effort to bring down our historically high office vacancy rate, and to fill the empty offices of Crystal City and Rosslyn with new, vibrant businesses. Our commercial base is crucial to Arlington’s tax base, to its ability to provide high-quality services, programs and schools to our residents, and to our success.” [Arlington County]

‘Inside Edition’ Filming in Crystal City — The television show Inside Edition is scheduled to film a segment in Crystal City today. The program will be profiling Kristin Beck, a transgender former Navy SEAL who’s challenging Rep. Steny Hoyer (D-Md.) in next year’s primary election. The interview is being held at the Crystal City-based 296 Project, an art-based veteran service organization.

Fourth of July, USWNT Watch Parties — Mad Rose Tavern, among other local bars and restaurants, will be hosting viewings of the Fourth of July fireworks and the U.S. Women’s National Team World Cup championship match this weekend. On Saturday those who would rather watch the fireworks on TV can do so at Mad Rose, followed by a DJ set. On Sunday the bar will be holding a viewing party for the U.S. vs. Japan World Cup final.