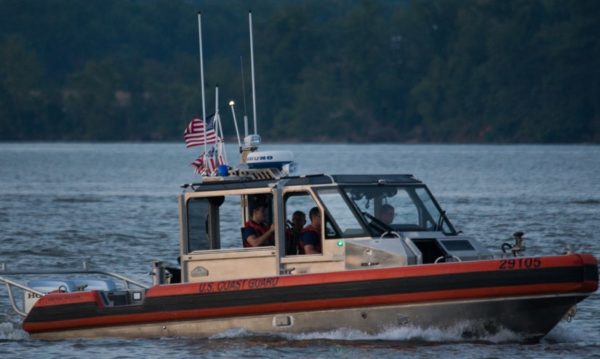 Advisory Board Considering Vacant Rosslyn Tower — The D.C.-based Advisory Board Company is considering a move to Arlington — specifically, to the vacant 1812 N. Moore Street office tower in Rosslyn. The tower is the tallest building in Arlington and has remained without a tenant since it was completed two years ago. Arlington and Virginia officials are facing off with D.C. officials in an effort to woo the $2.4 billion company. [Washington Post]

Sewage Spills in Arlington — Two separate sewage spills were reported in Arlington this weekend. On Saturday, the county alerted residents that a broken sewage pipe had released sewage into Donaldson Run. On Sunday, the county warned of a raw sewage release in Four Mile Run, near the 700 block of Arlington Mill Drive. Residents should avoid Four Mile Run from the site of the spill to the Potomac, the county said. [WTOP]

GGW: County Must Seek Transit Consensus — As Arlington begins to chart a course for its next generation of smart growth, one pro-transit writer says the county should do a better job of seeking support for its future transit investments. “As we recently learned from the fallout over the streetcar, broad-based support has to be a top priority for any project,” writes Dennis Jaffe. “If it’s not there, sustainable transportation projects won’t be so sustainable.” [Greater Greater Washington]