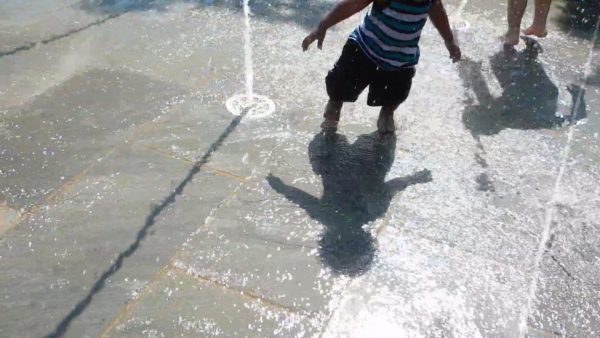 Gun Store Owner Blames Bloomberg — James Gates, the Marine Corps veteran who tried to open a gun store in Cherrydale, said that the cancellation of its lease after a neighborhood outcry was the fault of the former mayor of New York City. “When news of our planned location in Arlington became public, there were some local critics; however they enjoyed outsized influence when anti-civil rights campaigns backed by billionaire Michael Bloomberg picked up their cause,” Gates said in a statement. [Washington Times]

Bee Swarm at Arlington Home — Hundreds, maybe thousands of honey bees have taken up residence in the chimney of an Arlington home. The homeowner called ABC 7 On Your Side after beekeepers wouldn’t help her out, because the chimney was too high, and after learning that it’s against the law to kill the bees with pesticides. “It seems as a homeowner the bees have more of a right to live in my home than I do,” said Alex Casiano. “While I understand honey bees are important to our environment, honey bees don’t pay my rent.” [WJLA]

Alexandria Wants Citywide Residential Fiber — Alexandria is seeking a partner to build a citywide fiber optic network to serve homes and businesses. Alexandria’s request for fiber after Verizon abandoned plans to build out FiOS service in the city. Arlington County has built its own municipal fiber network, but it so far is only available to county government, schools and businesses. [Ars Technica]

Falls Church Paper Throws Shade at Arlington — McLean residents are stymying the City of Falls Church’s plan to renovate a city elementary that’s located in Fairfax County. That, however, is being used by a newspaper to make some serious insinuations about Arlington. “The main way the City of Falls Church pisses off its much bigger neighbors is by being successful,” writes the Falls Church News-Press in an editorial. “It really frustrates those who imagine that there could be a lot of money to be made by someone, not in Falls Church, if the City threw its hands in the air and abandoned its independence, becoming a drop-in-the-bucket neighborhood of either Fairfax or Arlington instead. People with big money who’ve spent a lot of it on cultivating political appointees or elected officials to do their bidding in the neighboring jurisdictions are angered by the fact they don’t own Falls Church officials in the same way.” [Falls Church News-Press]