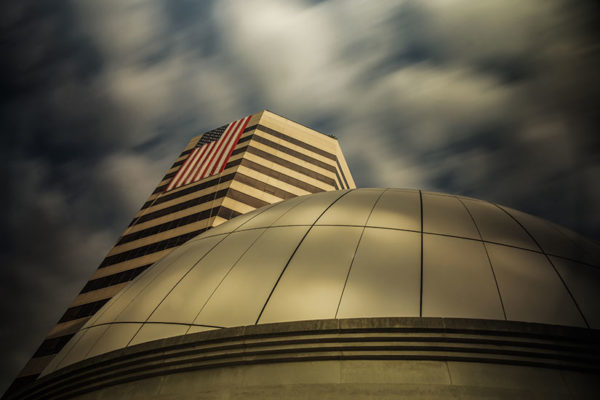 Arlington’s first responders gathered outside of the county office building at Courthouse Plaza this morning to mark the 14th anniversary of the 9/11 attacks.

Meanwhile, at the Pentagon, the military held a remembrance ceremony for the 184 lives lost when American Airlines Flight 77 crashed into the west side of the Pentagon at 9:37 a.m., on Sept. 11, 2001.

The attacks in Arlington, New York and the crash of Flight 93 in Shanksville, Pa. claimed the lives of 2,996. The attacks spurred America to war, and since 9/11 wars in Iraq and Afghanistan have cost the lives of more than 6,700 Americans.

That number doesn’t include the lives of veterans lost since returning home from the battlefield. Veteran suicide remains a problem, including in Arlington. Often individual suicides go unreported in the news, but it is a grim reality that families and local first responders have to deal with every hour of every day in the U.S.

If you are a veteran and you’re having thoughts of suicide, help and compassion is a phone call away. The Veterans Crisis Line can be reached by calling 1-800-273-8255 and pressing 1.

If you are not a veteran, but you’re thinking of harming yourself or otherwise need help, the Arlington-based CrisisLink hotline is available 24/7, at 1-800-273-TALK (8255).

It’s a weekend filled with enjoyable local events — the Rosslyn Jazz Festival, the annual Arlington Police, Fire and Sheriff 9/11 Memorial 5K, the Yorktown-Wakefield high school football game, to name a few — but it’s worth taking a minute, at some point, to remember the lives lost since 9/11. It’s also worth thinking how you might be able to help, to make sure more lives are not lost needlessly.

With that, feel free to discuss your memories of 9/11 in Arlington, or any other local topic of interest, in the comments.