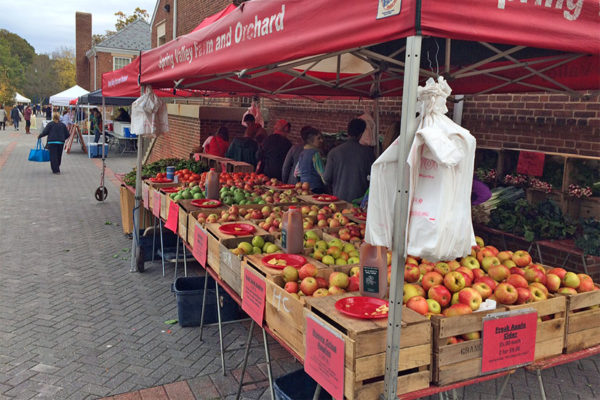 Post Endorses Dorsey and Cristol — The Washington Post has endorsed Democrats Christian Dorsey and Katie Cristol in the race for Arlington County Board. The paper writes of the pair’s opponents: “Both are serious candidates and have attacked what they consider Arlington’s profligate spending… Yet neither has advanced convincing proposals to trim spending or explained why enlarging the stock of affordable housing should not be a priority in a place where the supply of it has diminished rapidly with gentrification.” [Washington Post]

County Board Push Poll Criticized — A “push poll” in the Arlington County Board race is being criticized after two residents say the caller asked misleading questions and didn’t disclose who had paid for it. Board candidate Michael McMenamin said he commissioned a poll but the script explicitly said that it was paid for by his campaign. [Washington Post]

Tour of New 1776 Offices — The newly-refurbished office of tech incubator 1776 in Crystal City is being debuted this week. The office includes a full kitchen, and the incubator is seeking two chefs to cook for its members. [Washington Business Journal]

Kaine Speaking at GMU Arlington Campus — Sen. Tim Kaine (D-Va.) will give a speech on Congress and war powers at George Mason University’s Arlington campus tonight at 7 p.m. “Kaine has been a leading voice urging the Obama administration to seek a specific authorization for U.S. military action against ISIL while pressing his congressional colleagues to debate and vote on the mission – one he believes goes well beyond the legal scope and intent of existing authorizations from 2001 and 2002,” a press release notes.

Drunk Man Calls 911 for Ride to Arlington — A drunk hotel guest in Vienna, Va. was arrested last week after twice calling 911 to request a ride to Arlington. [InsideNova]