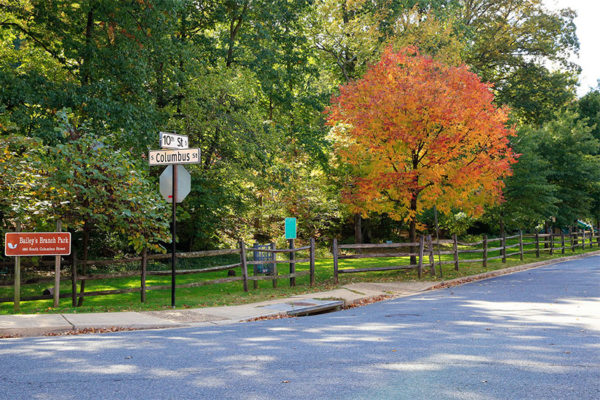 Task Force Recommends TJ Site — Ten months after the Arlington County Board nixed a proposed new elementary school next to Thomas Jefferson Middle School, a working group appointed by the Board has concluded that the site is, in fact, the best one for a new school. The group also recommended that the School Board starts planning for a second new South Arlington elementary school, most likely in the Pentagon City area. [InsideNova]

Election Day Bar Crawl Was a Bust — Organizers of an election day bar crawl in Clarendon say they have learned “that people are not up for celebrating democracy on a Tuesday night of a work week.” Despite giving out 65-70 bracelets for the crawl, which was to encourage younger people to vote, one of the participating bars — Whitlow’s — didn’t see a single customer wearing the bracelets. [Washington Post]

‘Suburban North Arlington Is Going to Develop’ — The urbanist blog Greater Greater Washington says that development is inevitable for Lee Highway. The website is encouraging residents of the car-oriented corridor to participate in a county-led planning process for Lee Highway that’s currently underway, including a “visioning charrette” this weekend. [Greater Greater Washington]

Ray’s Maintains Steak Supremacy — Despite an influx of flashy new steakhouses in the District, Ray’s the Steaks in Courthouse still has the best-tasting steak around, and for a lot less than the newcomers, says food critic Todd Kliman. [Washingtonian]

W-L, Yorktown Rivalry Game Tonight — Yorktown will face Washington-Lee in a cross-county rivalry game with playoff implications. Both football squads could make the playoffs with a win tonight. A win also comes with the unofficial distinction of being this year’s Arlington County champion. [Washington Post]

M.J. Stewart Back at UNC Following Suspension — Former Yorktown standout M.J. Stewart is back leading the University of North Carolina’s secondary, after an off-campus altercation led to an assault and battery charge and a suspension from the team. [Daily Tarheel]

Dems Captured All But One Precinct — The two Democratic County Board members-elect nearly swept every voting precinct in the county during Tuesday’s election. Katie Cristol and Christian Dorsey together captured all but one precinct in Arlington. In the Madison precinct of North Arlington, a “bastion of Republicanism in an otherwise true-blue community,” Republican-endorsed independent Michael McMenamin finished second to Christian Dorsey. [InsideNova]

Jury Duty Questionnaires Due — If you were among the seven percent of Arlington and Falls Church residents who received a juror qualification questionnaire in the mail last month, it’s likely past due by now. Recipients are required by law to return the form within 10 days of receiving it. [Arlington County]