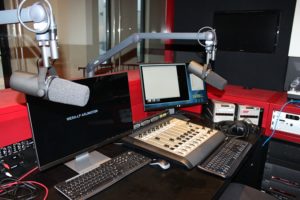 (Updated at 4:32 p.m.) Arlington Independent Media is asking for residents’ ears starting at 6 p.m. on Dec. 6, the exact moment when the organization’s low power FM station will hit the airways.

“We would really like to reach out to all of Arlington’s communities and have widespread participation,” AIM Executive Director Paul LeValley said. “We’re working to ensure the programming is compelling, and we hope people will be open minded about giving us a shot.”

As a public radio platform, the station’s funding will come from listener and member contributions, as well as local business underwriting.

According to Andrew Rosenberg, member of the AIM Board of Directors and the station’s Program Advisory and Review Council (PARC), the primary means for keeping residents so closely involved has little to do with money.

“We want to create a service that fills a need in the area so people know this is their station,” he said. “My greatest hope is that we become a real fixture for the community.”

Rosenberg said in recent months members on the project team have worked throughout the Arlington community to start putting together a program schedule.

Though the schedule itself will be a work in progress as the station grows, Rosenberg said they’ve received several proposals for programs of all varieties. Some of these include:

In the beginning, WERA will also air programs sourced from other public radio outlets, if their content is relevant to Arlington listeners. However, Rosenberg said he hoped that over time community programming will displace these.

“We’ll be very much in touch with what the community wants to hear,” he said. “We’ll also be taking proposals on a rolling basis and changing up shows to keep things interesting.” 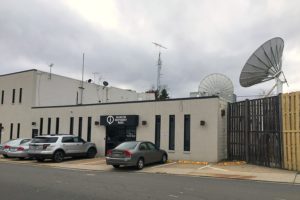 The community station will broadcast out of AIM’s current building at 2701-C Wilson Blvd near Clarendon.

To celebrate, the station is also hosting a party from 3 to 8 p.m. on the launch day in the WERA control room . There will be refreshments, hors d’oeuvres and drinks provided. The family-friendly event is free open to the public, though all attendees should expect to get involved.

In addition to demonstrations of the equipment and facilities, guests can rehearse and record a radio drama, share a short story, or participate in a sing-along to “This Land is Your Land.” These recordings will be some of the first segments to go on the air shortly after the ribbon cutting at 6 p.m.

“The more people, the better,” LeValley added. “We would love to have the whole community come and help us launch.”