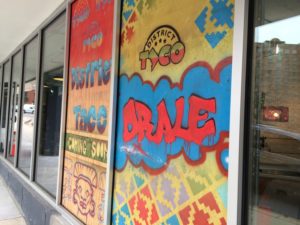 Too busy enjoying your holiday break last week to follow the local news?

Here’s what happened in Arlington between Christmas and New Year’s.

Last Sunday, a number of dirt bike, motorcycle and ATV riders rumbled through Rosslyn and Pentagon City, part of a larger group that also rode through D.C. and along the Beltway in Maryland.

We published our top 30 most-read Arlington stories of 2015. No. 21-30 included a number of weather stories and the story of a W-L student who was accepted to all 5 Ivy League colleges to which she applied. No. 11-20 included mostly crime and restaurant stories. At the top of the top 10 list, believe it or not, was a morning poll about towing.

In sad news, an elderly woman died after suffering a medical emergency and causing a five-vehicle smash-up in the parking garage across from Whole Foods in Clarendon.

Meanwhile, a lobbyist and former Senate staffer who lives in Arlington Ridge threatened to kill a guy who was trying to fix his computer.

In happier restaurant news, District Taco is opening this week in Rosslyn, the Pentagon City and Crystal City area is getting its eighth Starbucks cafe and a Christian clothing store is coming to the Pentagon City mall.

Consider yourself caught up. For a slow, partial workweek between two major holidays, it was a pretty busy week for news.