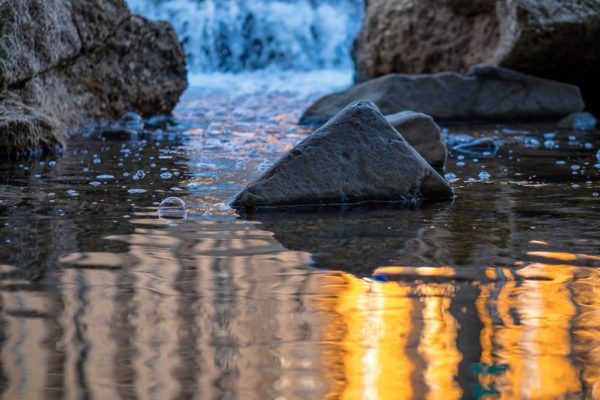 Revolutionary War-Themed Bar Coming to Clarendon — The Spirits of 76, a new Revolutionary War-themed bar from the general manager of Georgetown’s former Rhino Bar, is coming to Clarendon. The bar will be built in the former Taste of Morocco space at 3211 Washington Blvd, between O’Sullivan’s and the new “European inspired” Park Lane Tavern. Spirits of 76 hopes, optimistically, to open in April. [Washington Business Journal]

Geese from Oil Spill Released — About 20 Canada geese that were affected by the Roaches Run Waterfowl Sanctuary oil spill last month have been released back to the Potomac. Some 60 waterfowl were covered in oil as a result of the spill and 29 died, according to the Coast Guard. Dominion recently admitted that the oil came from its Crystal City power substation. [Washington Post]

Emergency Water Main Repairs in Clarendon — The westbound lanes of 10th Street N. in Clarendon are closed between N. Hudson and N. Irving streets for emergency water main repairs, according to Arlington Alerts.

Superintendent Hoping for No More Snow Days — Arlington Public Schools Superintendent Patrick Murphy is crossing his fingers for an early spring. “Believe me: I want to be back in school on a regular basis more than any of you,” Murphy told School Board members last week. Meanwhile, one local civic activist wants teachers to return to school before students following major snowstorms. [InsideNova, InsideNova]