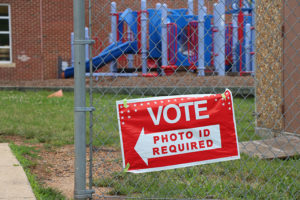 In the eyes of some, Arlington Public Schools students have already had enough days off school this year. Still, there are some murmurs that Arlington should follow the lead of other school systems and give students an off day on March 1 — the Super Tuesday primary election in Virginia.

Fairfax, Prince William and Stafford counties have all decided to close schools on March 1 while voters go to the polls in the contentious presidential primary.

Arlington has no such plans.

Those who support students getting the day off typically say that the flood of voters could disrupt the normal school day and could pose security concerns. Those who want school to go on as usual say the election could be a backdrop for a hands-on civics lesson.