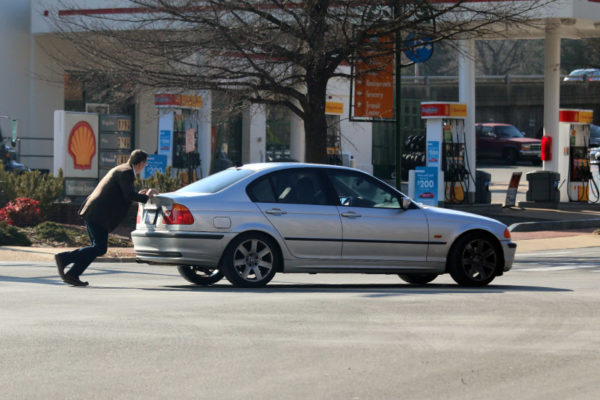 I-66 Public Hearing at W-L — VDOT is holding a public hearing on the changes planned for I-66 tonight. The hearing is scheduled from 6-8 p.m. at Washington-Lee High School’s cafeteria. Meanwhile, one letter-writer is decrying the “whining” from Arlington residents who complain about the proposed partial widening of I-66 while using it to make a reverse commute to Fairfax County — and the protestations from Arlington policymakers who are more than happy to have large employers come to Ballston and other dense neighborhoods along I-66, thus increasing traffic on the highway. [VDOT, Washington Post]

Abingdon Elementary Design Approved — On Thursday the Arlington School Board approved a final design for an addition and renovation to Abingdon Elementary School in Fairlington. The project will add 12 classrooms and 136 seats to the school, while renovating the gym, kitchen and media space. [Arlington Public Schools]

Retired Fire Officials Speak Out Against Station Move — Two retired Arlington County Fire Department officials say a proposed relocation of Fire Station 8 from Lee Highway to a county-owned location farther north does not make practical sense and would mostly benefit residents of Fairfax County. Residents around the current fire station and around its proposed new location have been protesting the planned move. [InsideNova]

Arlington Complying With Immigration Detainers —  Arlington County law enforcement is complying with U.S. Immigration and Customs Enforcement detainer requests for jail inmates, but only if ICE reimburses the county for certain expenses and picks up the inmate within 48 hours. Fearing that some jurisdictions are not complying with federal detainers, Republicans in the Virginia General Assembly have proposed bills to make such requests mandatory. [Washington Post]

END_OF_DOCUMENT_TOKEN_TO_BE_REPLACED

More Stories
Alligator, Camel on the Menu at Rocklands This WeekStartup Monday: Arlington Hosting Tech Events at SXSW in Austin