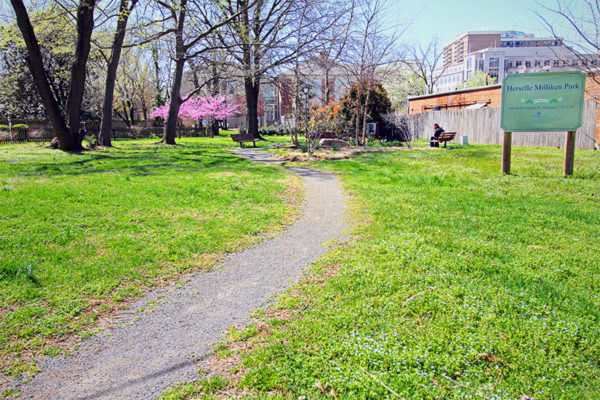 Big Tree Down on Washington Blvd — A large tree fell across power lines on Washington Blvd just south of Virginia Hospital Center during Saturday night and Sunday morning’s windstorm. Washington Blvd was closed between George Mason Drive and N. Harrison Street for much of the day Sunday while Dominion crews repaired the lines. [Twitter, Twitter]

Arlington Signs on to Amicus Brief — Arlington was among more than 50 counties and cities that signed on to an amicus brief in support of the Environmental Protection Agency’s Clean Power Plan for reducing carbon emissions from power plants. [Columbia Law School, Twitter]

‘The Burbs Are Back’ in Office Leasing — Arlington and other suburban D.C. jurisdictions are showing a bit of strength in the office leasing market. “The suburbs accounted for 69.5 percent of Washington region’s leasing activity in the first quarter, up substantially from a 52.9 percent share in 2015, according to JLL’s quarterly market reports.” [Virginia Business]

TSA Move Delayed Until 2020 — The Transportation Security Administration will be staying put at its Pentagon City headquarters until at least 2020. The TSA had planned to move to Alexandria by 2018, but legal wrangling has delayed the move and forced the TSA to redo its leasing process. [Washington Business Journal]

PSA: Don’t Do This — Spotted in Clarendon: a young woman urinating while sitting on a bench along a busy street, at 5:30 p.m. on a Saturday. [Twitter]