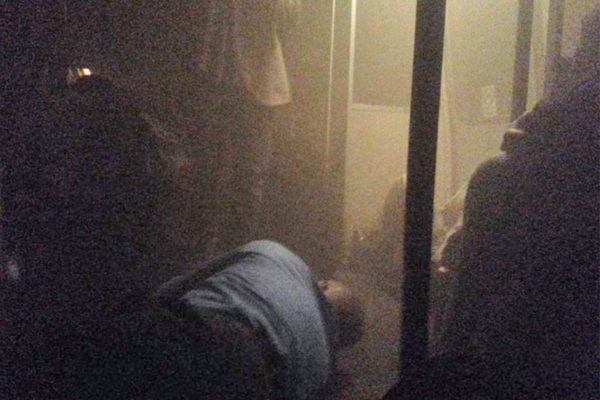 Beyer says the report details a “perfect storm of failure” on the part of Metro and called on the agency to “make whatever personnel changes are necessary to prioritize rider safety.”

Beyer’s office sent out the following press release this afternoon.

Rep. Don Beyer issued the following statement today after investigators presented their findings on the 2015 smoke incident at L’Enfant Plaza Metro Station to the National Transportation Safety Board (NTSB) board. The investigator’s findings were critical of the coordinated emergency response. They also highlighted persistent safety deficiencies at the Washington Metropolitan Area Transit Authority (WMATA) during the last three decades.

The NTSB investigators cited cascading safety failures within Metro leading to the [incident], including damaged equipment, improper operation of ventilation fans, and an order from the Rail Operations Control Center to send a passenger train into the affected area.

They also focused on a number of mistakes in the emergency response, including improper training, delayed reaction to the emergency call, and other breakdowns in communication.

“The emergency response to the L’Enfant smoke incident was simply inadequate,” Beyer added. “There is plenty of blame to go around and every agency must swiftly implement the NTSB’s safety recommendations to avert future incidents. We owe it to the people of the National Capital Region, and the family of Carol Glover, to do whatever it takes to create a new, high standard of safety in Metrorail.”

“More than fifteen months after the smoke incident at L’Enfant Plaza, we are extremely disturbed that many of the safety hazards that allowed that deadly accident to occur have not yet been addressed. As the report states, responsibility for this incident, which resulted in the death of an Alexandria resident, is borne not just by Metro but other regional stakeholders. We urge Metro, the Federal Transit Administration, and regional authorities to move as urgently as possible to ensure that the problems identified in this report finally get fixed once and for all.

“Since that tragedy, a new management team has taken over at WMATA; the FTA has temporarily assumed direct safety oversight; and the federal members of the WMATA Board have been replaced. These steps must be the start of a sustained effort to overhaul Metro. As Congress grapples with the long-term federal role in funding Metro, the best case we could make to our colleagues would be tangible progress by WMATA management on addressing every deficiency identified in this report.”