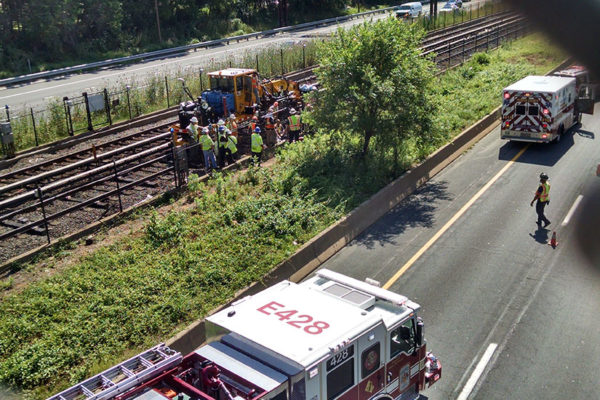 Working on the railroad is hard work.

That was in evidence this morning when a Metro contractor who was on the team performing “SafeTrack” maintenance work on the tracks near the East Falls Church station reportedly passed out from dehydration.

Firefighters and paramedics responded to the section of track along I-66 and transported the worker to a local hospital for evaluation.

Metro spokesman Dan Stessel said the agency is taking steps to make sure its workers are well hydrated.

“Obviously, this is hard, physical labor on a hot and cloudless day,” Stessel told ARLnow.com. “We are providing water and sports drinks to all workers on site, and requiring frequent breaks — but the lack of shade is really the issue.”