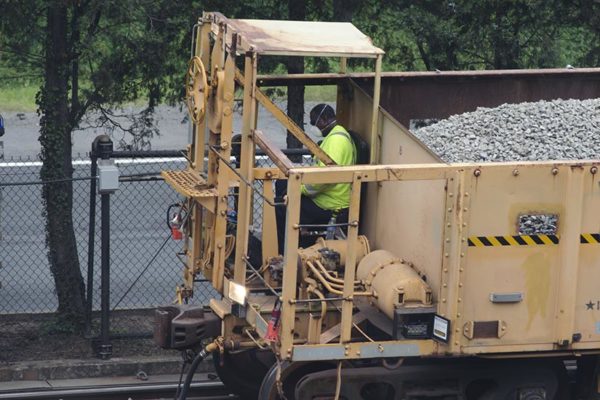 At the end of the day Monday, 96 percent of the planned work had been completed, with three days remaining in the schedule, Wiedefeld said. Continuous single-tracking on the Orange and Silver lines is still slated to wrap up tomorrow (Thursday), as originally planned.

“Given the importance of quickly getting into this intensive track rehab program, I am pleased with the work getting done in Surge #1, and want to thank the entire region for their support over the last twelve days,” said Wiedefeld. “While the immediate benefit for any surge is safety, as we conclude the surges, customers should see an improvement in track reliability and overall ride quality along this area of the Orange and Silver lines.”

Although early indications suggested that SafeTrack was causing delays for most commuters, the din of complaints on social media largely faded as the work continued. Riders who spoke to ARLnow.com outside the Ballston Metro station last Thursday (see video, below) said their commutes weren’t overly affected by the changes — fears of major overcrowding and delays did not materialize, at least in their experience.

Stage two of SafeTrack will begin on Saturday with shuttle buses replacing trains between Eastern Market and Minnesota Ave/Benning Road on the Orange, Blue and Silver lines. Blue Line trains will only run between Franconia-Springfield and Arlington Cemetery in both directions. The work is scheduled to wrap up by July 3.