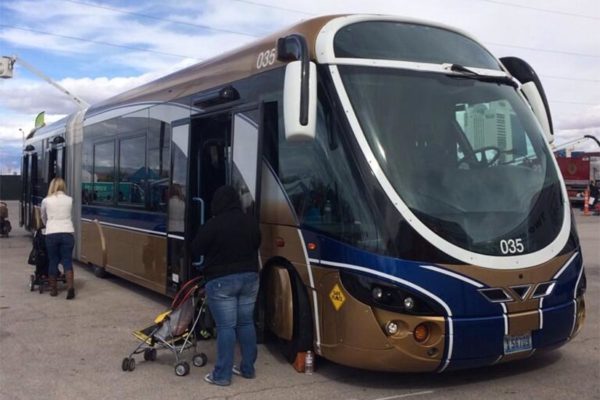 Next month the Arlington County Board will consider the county’s final Transit Development Plan, which includes the post-streetcar plans for transit on Columbia Pike.

Just don’t hold your breath for the aesthetically-pleasing “streetcar-like” buses mentioned occasionally by streetcar opponents before the project was cancelled.

The Transit Development Plan includes provisions for “premium bus service” along the Pike, but “premium” refers more to the usability and frequency of the bus service than the vehicle itself.

“The premium network would offer bus service that is fast, frequent, reliable and easy to use, with features including simplified bus routes, increased weekday and weekend service, and a new one-seat ride from Skyline to Pentagon City-Crystal City,” said a county press release.

The plan does include a series of 23 enhanced bus stops along the Pike, with a price tag north of half a million dollars apiece, providing “near-level boarding, longer platforms, real-time bus arrival information and off-vehicle fare collection.” 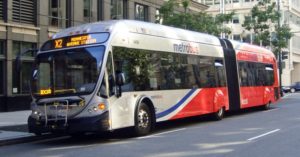 It will also call for larger, articulated buses on some heavily-used routes, but those will be operated by Metro and won’t be put into service until Metro and the county can establish the infrastructure needed for such buses.

“Higher capacity (articulated) buses will be addressed in the 10-year Transit Development Plan,” said Marti Reinfeld, Arlington’s interim Transit Bureau Chief. “The routes that will need the additional capacity are Metro-operated; therefore, we are coordinating with Metro to include articulated buses in their fleet expansion plan and to address how an articulated fleet will be stored and maintained in Virginia.”

(Here’s more information on the articulated buses currently in use by Metro.)

“As maintenance and storage details for articulated buses are worked out, we will revise the TDP in an annual update, as needed,” said Reinfeld.

“To be clear, no plans for any especially fancy ART buses or anything like that, besides the eventual possibility of articulated buses?” asked ARLnow.com.

Photo (top) of a bus in Las Vegas via Twitter. Photo (bottom) by M. Ortiz via Wikipedia.