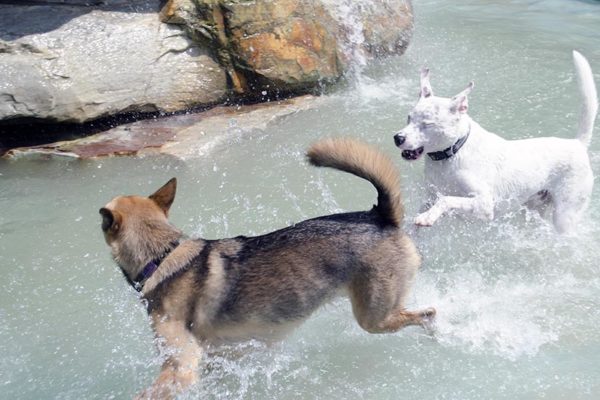 Gondola Meeting Held — Local residents attended a meeting last night in Rosslyn about the study into the feasibility of a Rosslyn-to-Georgetown gondola system. The architecture firm leading the study says its goal is “proving the system isn’t going to be just a toy for tourists” and “to prove that it can be transit and it can be a great experience.” One Arlington resident quoted by WTOP, Dave Schutz, said his goal was “to free my wife from that deepest inner circle from hell, which is the Georgetown Hospital parking garage.” [WTOP]

Tech Startup Moves from D.C. to Rosslyn — Virginia Gov. Terry McAuliffe was on hand Wednesday to announce that civic engagement software maker Phone2Action would be moving from D.C. to leased office space in Rosslyn and bringing some 142 jobs with it. [Washington Business Journal, Patch]

Arlington Featured in Book About Walking — Arlington County is one of nine communities features in “America’s Walking Renaissance,” a new book about walkable cities in the United States. [Arlington County]

Arlington Runner Achieves Goal — An Arlington resident with cerebral palsy has achieved her goal of completing 34 races by her 34th birthday. [WUSA]