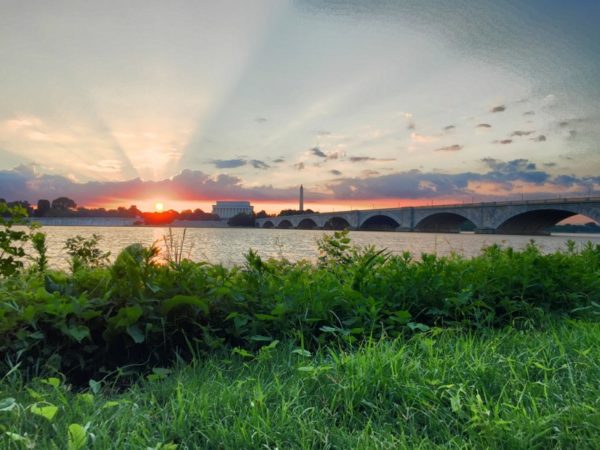 Key Bridge Marriott Lease Sold — The ground lease for the 57-year-old Key Bridge Marriott in Rosslyn has been sold to a luxury hotel and resort operator, leading to speculation that the hotel — Marriott’s longest continuously-operating property — may soon be replaced. [WTOP]

Sales Tax Receipts Nudge Up — Arlington received $39.68 million in sales tax disbursements from the state this year, up 0.2 percent compared to the year prior, pointing to an ever-so-slight increase in retail sales in the county despite some challenges dragging that figure down. [InsideNova]

Bikes With Roofs — Is the hot summer sun beating down on you during your bike commute? If so, perhaps you can follow the lead of these two local cyclists and attach a canopy to your bike. [Twitter]