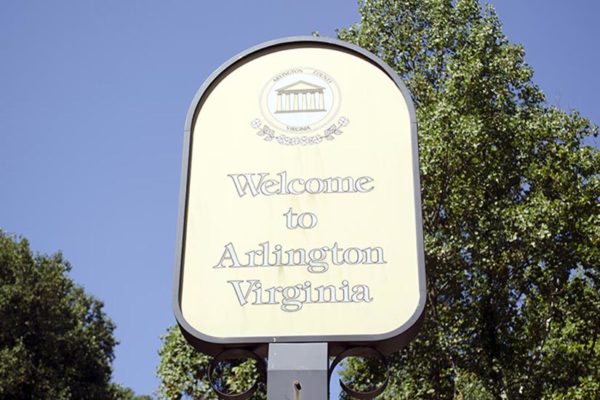 After interning for the past three months at ARLnow, we all had different experiences working in and learning about the area.

The three of us came in from different backgrounds: One of us is an Arlington native (Jackie Friedman), another is a New Yorker who moved last year to the D.C. area (Adrian Cruz) and the other (Omar DeBrew) commutes from Maryland.

As a result, we all had different experiences and opinions to share about our summer covering news in Arlington.

While I had lived in Arlington for most of the past year, there were still a lot of places and areas I had no idea existed. Because I lived in Lyon Park, I tended to stick around the Orange Line corridor, wandering into Pentagon City and Columbia Pike once in a blue moon. Throughout the summer, my work has sent me to all corners of the county, allowing me to explore and learn about neighborhoods I had never even known existed. Now, I can say with confidence that I know my way around the county and that names such as Cherrydale, Buckingham and Fairlington aren’t just stereotypical names for small English towns.

Arlingtonians as a people are an interesting bunch. The county is extremely diverse with people from all walks of life and one never knows what to expect. Just in my time working here, I have encountered people ranging from a lawyer who’s a finalist on “American Ninja Warrior” to a grumpy British man. Also, by reading our comments section, I’ve also learned they’re an opinionated and sarcastic bunch, with lots to say.

As a place to live in, Arlington is what I’d like to call Washington’s Disneyland. What I mean by that is that it’s cleaner, safer, quieter than anywhere I’ve ever lived in, almost as if it was designed by Walt Disney himself. Coming from New York City, I’m used to a dirty, gritty city with lots of crime and weird stuff going on. In contrast, the weirdest things that happen in Arlington are weekends in Clarendon. I currently live in Buckingham, an area that many call “Arlington’s ghetto.” I come from the South Bronx. Buckingham is no ghetto. What it does have is a thriving Latin American community with many amazing restaurants. The only drawback about living in Arlington is that it’s expensive! Finding a decent meal under $10 in Clarendon is close to impossible, and as my fellow interns will attest to, finding cheap parking is just as difficult. Nonetheless, this is definitely somewhere I could see myself living in the future.

While I have lived in Arlington my whole life, I wasn’t really aware of everything that goes on in the area. It’s amazing how someone can live in the same place their whole life, but have no clue about the people living around them. Your next door neighbor could be a craftsman like Jeff Spugnardi or the person working out next to you at the gym could have starred on “America Ninja Warrior” or even be 100 years old. Interning this summer at ARLnow allowed me to meet different people living in my community and learn about their interesting stories and lives. Everyone has an interesting story, especially in Arlington, so I encourage you to get to know the people around you. Maybe if you strike up a conversation with a stranger about how sad you are about Minh’s closing (I’m still mourning the loss), you could find out that the person you are talking to happens to be an Olympic gold medalist. But beware that person could go on and complain to you about the Clarendon stores that keep their doors open during the heat or how their child’s swimming instructor has man boobs.

Covering Arlington as a videographer is easy with all the history and new development taking place. Any issue big or small has some meaning to the community, such as a restaurant closing, a new 7-Eleven, or a fire station about to be demolished. The coverage helps Arlingtonians form opinions and decide for themselves. My only advice to those driving in Arlington is to take Metro when possible, and if you have to drive, find 24-hour parking areas near parks. Some spots are free; with others, you’ll have to pay. But that parking is cheaper than city areas.