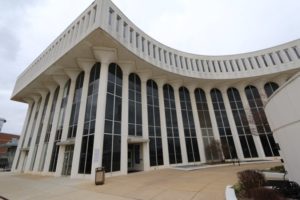 As we noted this morning, Arlington Public Schools was not included in Newsweek’s rankings of the 500 best public high schools in the country.

But there’s a big asterisk to that fact, says an APS spokesman.

As opposed to 2010, when all APS high schools were included in the top 500, for the past couple of years the school system hasn’t even applied to be ranked by Newsweek.

“Unlike the Niche, Great Schools and many other ‘school rankings; which are compiled by outside sources who access data from readily available sources like the VDOE and the US Department of Education, Newsweek is one of about a dozen or so rankings that ask school divisions to complete detailed forms and provide additional data to them,” said Frank Bellavia.

“As a result, for the past few years, APS (and many other school districts in Virginia and the U.S.) have chosen to not participate in the Newsweek list,” Bellavia said. “It is a time consuming endeavor that takes away time away from providing instructional and other supports to our students and families. Consequently, while interesting, the list is not scientifically valid since it does not report using data from all eligible school divisions.”

Bellavia said APS’ participation in the Newsweek rankings ended after 2010, when Newsweek was sold by its then-owner, the Washington Post.

“2010 was the last time Newsweek partnered with the Washington Post on the Challenge Index,” Bellavia said. “We continue to participate in the Post’s Challenge Index because it our local ‘hometown paper.'”

In the 2016 Challenge Index rankings, Arlington’s Washington-Lee High School was on the rise, ranking No. 5 in the D.C. area, while H-B Woodlawn, Yorktown and Wakefield were all down, ranking No. 8, 11 and 84 respectively.