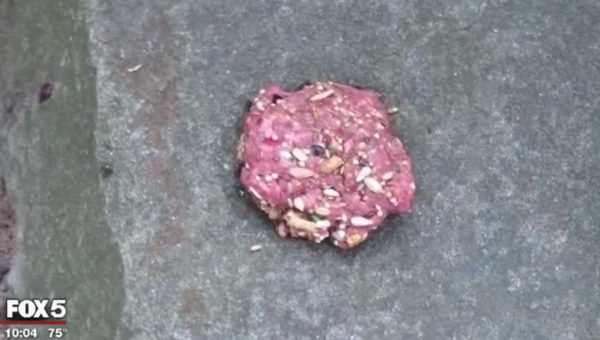 The suspicious meatballs found by a dog owner in Bluemont Park have been tested and all the tests for harmful substances came back negative, the Animal Welfare League of Arlington says.

“The lab tested for anticoagulants (which would cause massive internal bleeding) and organic chemicals including pesticides, therapeutic and illicit drugs, euthanasia agents and environmental contaminants,” said AWLA’s Susan Sherman. “All tests were negative.”

A dog owner found the meatballs along Four Mile Run earlier this month and took to an email listserv to warn fellow residents of a possible poisoning attempt. She said her dog ate at least one of the meatballs; she immediately took the dog to a vet to induce vomiting.

AWLA says it is still trying to figure out why the meatballs were placed along the stream. The organization is urging dog owners to stay vigilant.

“We still don’t know how the meat patties got there or what the intention was,” Sherman said. “We will be posting information on our website and on Facebook advising residents to keep their dogs on leash and to be aware of their environment to avoid a dog ingesting any unknown substance. If anyone finds something suspicious like the meat patties, call animal control at 703-931-9241.”