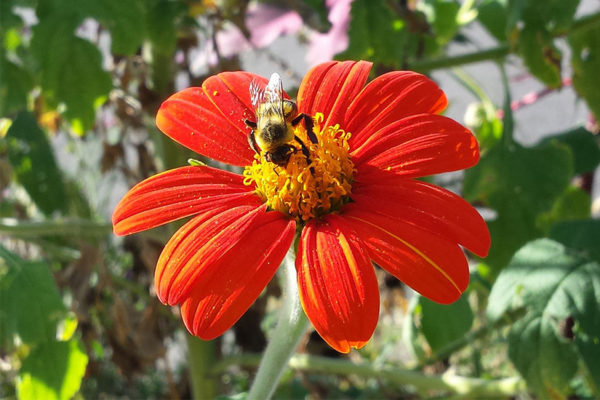 Gun Store Has New Owner — Lyon Park gun store Nova Armory has reportedly been sold to one of its employees. Shawn Poulin, the store’s manager, says he is now also its majority owner. The previous owner, Dennis Pratte, at one point claimed that the store was actually owned by his 16-year-old daughter. Poulin says the store is profitable and he plans to expand it to a second floor, “with a showroom to feature rifles, tactical gear and an expanded clothing line.” [Washington Post]

New Bishop for Arlington — Updated at 9:25 a.m. — The Catholic Diocese of Arlington is getting a new bishop. Bishop Michael Burbidge, 59, is transferring to Arlington from Raleigh, N.C. Burbridge is scheduled to be installed as bishop on Dec. 6, replacing current bishop Paul Loverde, 76. Some local Catholics have been pushing for a new bishop who will take the diocese in a different direction than Loverde, a traditionalist who decried the Supreme Court’s decision on same-sex marriage. Burbridge was critical of North Carolina’s HB2 “bathroom” law, which was seen as anti-LGBT, though he was also against an anti-discrimination ordinance in Charlotte that HB2 was intended to undo. [Fox 5, InsideNova]

The Evolution of Ballston — GGW takes a look at the past, present and future of Ballston. The article notes that Ballston was once the end of the Orange Line and that ridership at the station fell in the 1980s when the line was extended to Vienna. [Greater Greater Washington]

Immigrant Women to Protest at DCA — Immigrant women and labor union allies are planning a protest at Reagan National Airport today. They’ll be protesting the treatment of immigrant women who work at the airport, claiming poor working conditions for immigrant mothers in particular. [Patch]