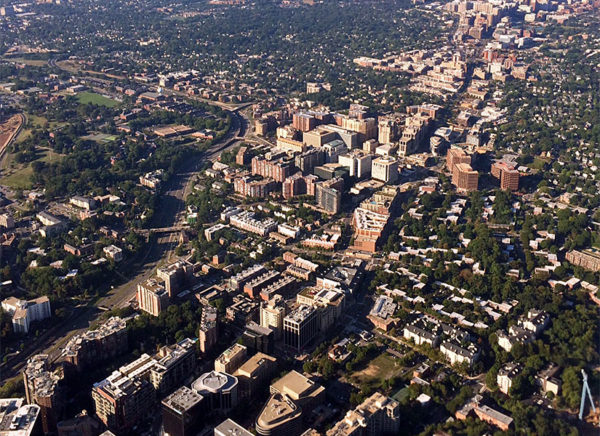 Fire on Ballston Sidewalk — Last night around 6:45 p.m., Arlington County police and firefighters responded to a fire on a sidewalk in Ballston, near the intersection of 9th and N. Stuart Streets. Initial reports suggested that a woman had deliberately set something on fire. No injuries were reported. [Twitter]

Metro Police Seeking Man Who Set Fire at Station — Metro Transit Police are looking for a man who lit something on fire in the Pentagon City Metro station Wednesday morning. The man is later seen on video boarding a train and displaying a sign. [WTOP]

Smoke Closes Pentagon City Station — Smoke in a tunnel near the Pentagon City Metro station prompted a large emergency response and a temporary closure of the station last night. The smoke was caused by an electrical issue. [Washington Post, Twitter, Twitter]

Urban Chicken Issue Still Clucking — The issue of whether Arlington should allow more households to raise egg-laying hens in their yards isn’t quite dead yet. The issue was raised briefly at an Arlington Civic Federation meeting and county staff say they’re willing to consider it if residents bring it up again. [InsideNova]