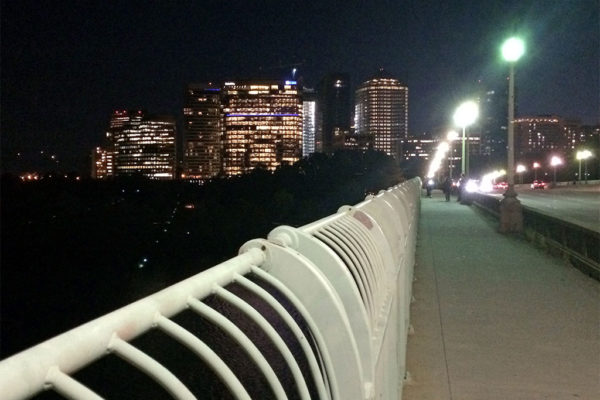 Woman Hit By SUV on Route 50 — A woman was struck and critically injured by an SUV while crossing Route 50 at Fillmore Street during Monday’s evening rush hour. The victim is expected to survive; lanes were closed while police investigated the crash. Nearby residents say the intersection is dangerous and accident-prone. [WUSA9, Twitter]

Man Pleads Guilty in Hot Car Case — The man who accidentally left a friend’s two-year-old child in the backseat of a car, causing the toddler’s death, has pleaded guilty to involuntary manslaughter. Daiquan Fields was sentenced to a net six months in jail, time he had already served since the April incident, and is now on supervised probation. [NBC Washington]

Bonnie Black Murder Case Begins — The estranged husband of slain south Arlington mom Bonnie Black is now on trial for her murder. The trial of David Black started with opening statements on Monday; this morning witnesses for the prosecution are expected to be called. [WJLA]

High Praise for Ambar — New Clarendon restaurant Ambar, which opened this month in the former Boulevard Woodgrill space, may get an indirect boost from TripAdvisor rankings. Ambar’s original Capitol Hill location is listed as the top-ranked D.C. area restaurant on TripAdvisor. [Washingtonian]