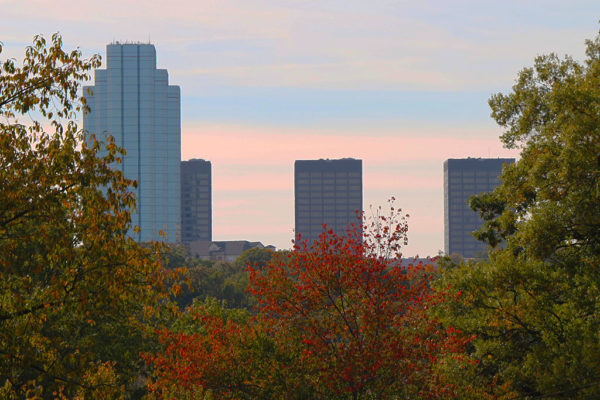 Gondola Study Says System is ‘Feasible’ — It is “feasible” to build a gondola that brings riders from the Rosslyn Metro station to Georgetown, according to a study supported by the Georgetown and Rosslyn BIDs and other entities. The gondola system would cost $80-90 million to build and about $3.25 million per year to operate, according to the study. [Washington Business Journal, Washington Post]

Gun Store’s Lawsuit Dropped — Lyon Park gun store Nova Armory has dropped its lawsuit against 64 residents and elected officials who, it claimed, conspired to try to ruin its business. It previously contended that the actions of “local crazies” who spoke out against the store could be a case of “tortious interference.” [Washington Post]

GOP Candidate: Nov. 8 Will Be ‘Sad Day’ — Election Day will be “a sad day for American voters because they have been let down by the system,” says Charles Hernick, the Republican candidate for Congress who’s challenging Rep. Don Beyer (D-Va.). Hernick said that GOP presidential candidate Donald Trump “has brought the bar so low that he’s making Hillary Clinton look like a shining star,” even though Clinton’s presidency would be “damaged goods.” [Telegraph UK]

Commission Members Wanted — Arlington County is looking for residents to serve on a Joint Facilities Advisory Commission that will “provide input on capital facilities needs assessment, capital improvement plans and long-range facility planning for both the County Government and Arlington Schools.” The deadline to apply is Nov. 16. [Arlington County]