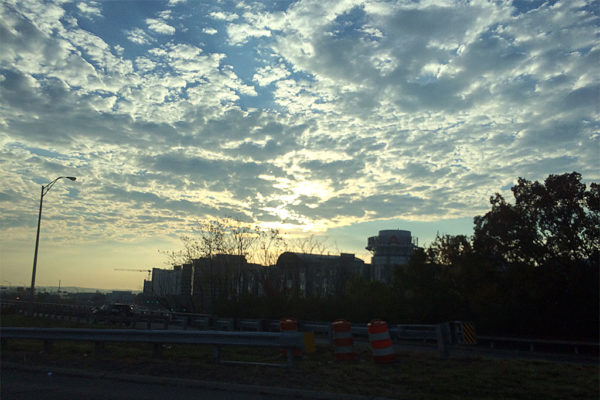 ACPD Anti-DUI Event During Bar Crawl — The Arlington County Police Department will be holding an interactive anti-drunk driving event from noon to 5 p.m. during Saturday’s Halloween bar crawl in Clarendon. Part of N. Hudson Street will be closed as a result of the anti-DUI event. [Arlington County]

Dems Hoping for 100,000 Clinton Votes — Arlington Democrats are hoping their get-out-the-vote efforts result in 100,000 votes for Hillary Clinton in the county. Arlington could be the difference-maker in the race, determining whether Clinton wins or loses the key swing state of Virginia. In 2008 Barack Obama won 82,119 votes in Arlington. [InsideNova]

Live Election Broadcast — For the first time in our history, ARLnow is planning live video coverage of Tuesday’s election results. From about 7:30-9:30 p.m., assuming no technical difficulties, we will be broadcasting live from the local Democratic victory party at Sehkraft Brewing in Clarendon. Expect analysis of the local election results and interviews with elected officials, candidates and civic figures from all sides of the political spectrum. The live video feed will be included in our election results post that evening.

Arlington Alert Charity Promotion — Thanks to a sponsorship from the Arlington Community Federal Credit Union, during the month of November a donation will be made to one’s local charity of choice when you sign up for emergency alerts via Arlington Alert. [Arlington County]

Fort Myer Commuter Fair — About 88 percent of those who work at Joint Base Myer-Henderson Hall travel to their jobs by themselves. To try to encourage more carpooling and transit use, the county-run Arlington Transportation Partners recently held a Commuter Fair at the base. [Pentagram]