Arlington County is launching a Financial Fraud, Waste and Abuse Hotline hotline to the public.

The hotline, which launches on Tuesday, Nov. 15, “will offer a confidential and secure way to report suspected incidents of financial fraud, waste and abuse.” It expands on a similar hotline for County employees to report activity that negatively impacts County operations.

“Ethics are at the core of what we do as public stewards,” Arlington County Manager Mark Schwartz said in a statement. “Our employees, by and large, do the right thing every day. We successfully launched an employee financial waste, fraud and abuse hotline in May of 2015. We are pleased to expand this hotline to the public, as another easy way for anyone to report suspected instances of financial fraud, waste and abuse.”

The hotline, operated by third-party provider Ethical Advocate, can be reached via phone at 866-565-9206 or online at arlingtonva.ethicaladvocate.com. Tipsters can opt to remain anonymous.

Complaints will be examined by a “Review Committee” that will then “determine appropriate action,” including potential review by the Arlington County Police Department. 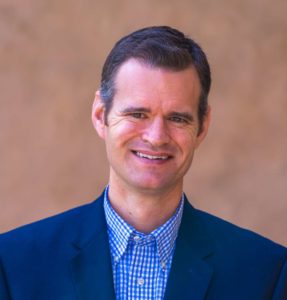 Separately, the Arlington County Board announced at its Wednesday meeting that it had hired a new County Auditor, after the county’s first independent auditor left the job in July.

More about the hire from a county press release, after the jump.

The Arlington County Board announced today that it has hired Dr. Chris Horton as the County Auditor. Horton, who served as the audit manager for the Fairfax County Public Schools’ Office of Auditor General, will report directly to the Board. He will be responsible for developing work plans to review County programs.

“We welcome Dr. Horton to the County’s already strong financial management team,” said Arlington County Board Chair Libby Garvey. “Dr. Horton will play a key role in our continuing efforts to strengthen County operations and ensure that public funds are spent responsibly, efficiently and in a transparent manner.”

Dr. Horton’s work will augment the County’s existing internal audit function within the Department of Management and Finance. Under the direction of the Audit Committee, Horton will undertake independent program and operational audits and reviews of County departments, operations and County-funded programs. His priorities will be program efficiency, effectiveness and transparency.

The Board voted unanimously to approve Dr. Horton’s contract. He will take up his duties Nov. 21.

Dr. Horton has more than 15 years of audit experience. In his role as audit manager for Fairfax County Public Schools’ Office of Auditor General, he has helped build the office’s performance auditing capability. He also has performed audits within a wide variety of business units and has advised the Audit Committee on the structure of the audit function.

Earlier in his career, Dr. Horton served five years as an audit supervisor with the City and County of Denver. He assisted the city auditor in implementing a robust performance audit function.

Dr. Horton serves on the Association of Local Government Auditors Board of Directors (ALGA), where he has helped lead the development of a Corporate Associates Program. Previously, he was the chairman of the ALGA Education Committee. Under his leadership, the committee significantly expanded the number and variety of educational offerings, such as webinars and regional training conferences, and created the ALGA mentorship program. In addition to his service in ALGA, Dr. Horton is a member of the Institute of Internal Auditors (IIA), and holds four certifications through the IIA.

Dr. Horton completed his B.A. in Political Science and History, and an M.A. in History, both from the University of Texas of the Permian Basin. He completed his Ph.D. in Public Administration from Arizona State University.