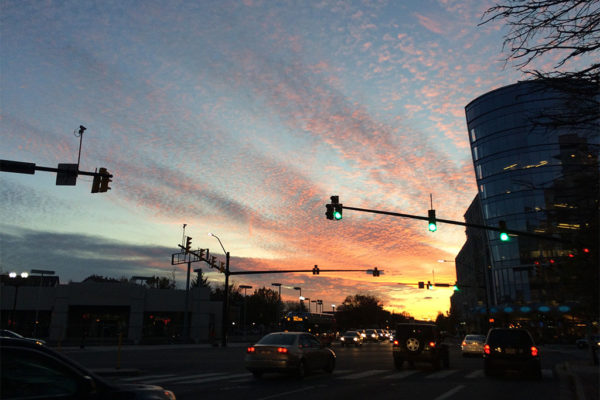 Arlington to Keep One of the Last Kenneth Cole Stores — Kenneth Cole is closing 63 stores in the U.S. to concentrate on online and international operations. One of the fashion house’s two U.S. locations to remain open indefinitely: the store in the Fashion Centre at Pentagon City mall. [Bloomberg]

TransitScreen Expands to Coworking Spaces — TransitScreen, which was founded in Arlington in 2013, is expanding its presence from apartment buildings to coworking offices. The creator of screens that show the schedules of various transit options — including buses, trains and Uber vehicles — has announced that it has struck a deal with another Arlington-founded company: MakeOffices. [Bisnow]

Cat Stuck in Tree — The Arlington County Fire Department was called last night for a cat that was stuck in a tree. Yes, that does actually happen. [Twitter]