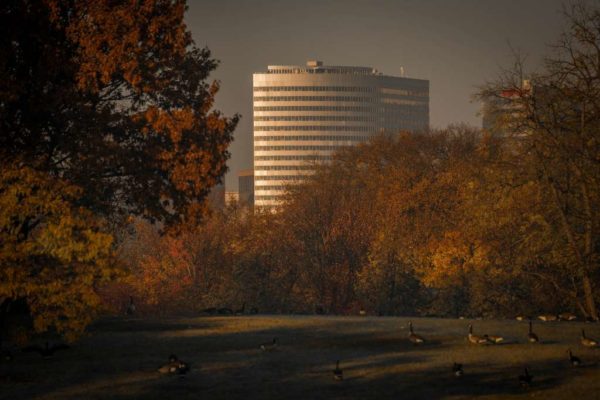 Dogs Die in Seven Corners Fire — Two dogs perished in a Sunday morning house fire in the Seven Corners area, although three dogs and four people were able to make it out of the burning home okay. Arlington County firefighters responded to the scene, assisting Fairfax County units in battling the blaze. [Fairfax County Fire and Rescue]

Water Main Break in Fairlington — Parts of north Fairlington had low or no water pressure for most of the day Monday due to a water main break. [Twitter]

Remembering Obama’s Local Bookstore Visit — Even four years later, not a day goes by when One More Page Books owner Eileen McGervey doesn’t hear from someone about the time in 2012 when President Obama visited her store on Small Business Saturday. She recounted how it happened recently on a local public radio show. [WAMU]

Carpool Still Hanging On — Once believed to be closing this fall to make way for a redevelopment, popular Ballston bar Carpool is now likely to remain open through March 2017, co-owner Mark Handwerger tells ARLnow.com. The Washington Business Journal reported last month that the redevelopment has hit a bit of a snag.

Yorktown Senior Joins Chamber — Mark Yates, Jr., a senior at Yorktown High School and the founder of a lawn care business, has joined the Arlington Chamber of Commerce as a member after participating in the Chamber’s Young Entrepreneurs Academy. [Arlington Chamber]

Jonathan Kinney Honored — Prominent local attorney Jonathan Kinney was honored by the Arlington Community Foundation earlier this month, in front of a record luncheon crowd of nearly 400. Despite his low-key demeanor, Kinney, a land use and estate planning attorney, was described as “Arlington’s most indispensable citizen.” [InsideNova]