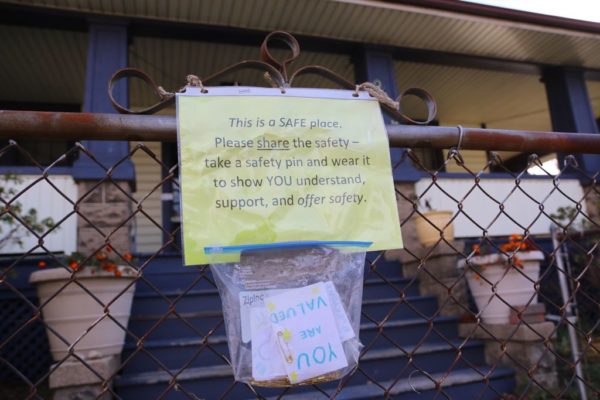 New LED Crossing Guard Signs — VDOT is giving Arlington County a $880 grant that will allow it to purchase four new LED-illuminated paddle signs for crossing guards. The new signs will show “‘slow’ on one side and ‘stop’ on the other… when illuminated, they are visible up to one mile away.” The County Board is expected to accept the grant at its Saturday meeting. [Arlington County]

County Board to Make Car-Sharing Permanent — On Saturday the Arlington County Board is expected to vote to make car-sharing systems permanent in county code. Earlier this year the Board authorized trips between Arlington and D.C. for car-share provider Car2Go. The move has significantly boosted Car2Go’s usage in Arlington. [UrbanTurf]

Discovery Elementary’s Net Zero Goal — Officials from the U.S. Department of Energy recently toured Arlington’s new Discovery Elementary school. The school was built to be a Net Zero Energy building, meaning that it produces more energy than it uses. The school’s solar panel array cost $1.5 million but is expected to pay for itself in about 10 years. [WJLA]

Man Sentenced for Sneaking Into U.S., Again — A Guatemalan man who has a colorful history of sneaking into the U.S., being deported, and trying to come back again, has been sentenced to jail time. Juan Abel Belteton-Barrios, 46, was sentenced to 14 months in prison and three years of supervised release. [Patch]

Why East Falls Church? — GGW has a primer on his history and geography of the various Northern Virginia locales with “Falls Church” in the name or postal address, including Arlington’s East Falls Church neighborhood. [Greater Greater Washington]