Looking for a last-minute holiday gift idea for a special Arlingtonian in your life? We’ve got just the list for you.

Below are the top dozen Arlington-related gifts to be found on Amazon.com.

Have other ideas? Let us know in the comments. 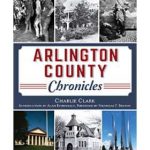 “Our Man in Arlington” columnist Charlie Clark knows the history of Arlington better than almost anyone. In this 224 page tome, Clark “regales with stories of politics, personalities and everything in between.” 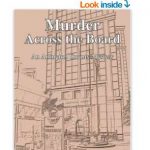 2. Murder Across the Board: An Arlington County Mystery by Jane Barcroft
Paperback: $13.95

There are theories as to who Jane Barcroft really is, but guessing is half the fun. Jane’s two-book literary career started with this mid-aughts novel about “the April morning that the County Board meeting was gaveled to order by a fatal gunshot.” 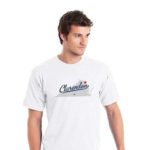 Available in both white and gray and a wide variety of sizes, this unisex t-shirt will have you “looking cool and stylish” while you announce to the world your love of all things Clarendon. Printed with “direct-to-garment printing technology.” 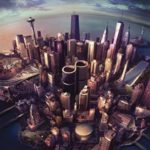 Northern Virginia native Dave Grohl and company recorded “The Feast and the Famine,” one of the songs from their Sonic Highways album and HBO series, at Arlington’s legendary Inner Ear Studios (2710 S. Oakland Street). Read more about it here. 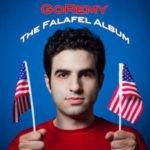 Local funnyman Remy Munasifi released this comedy album in 2010 but it still holds up, with parody songs like “Saudis in Audis,” the “Metro Song” and “Passive-Aggressive Love Song.” Not included: Remy’s classic “Arlington Rap.” 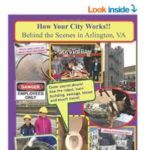 6. How Your City Works!! Behind the Scenes in Arlington by Spencer and Avery Park
Paperback: $10.00

A pair of Arlington elementary school students wrote this 44-page book about how stuff works in our fair county. Almost as impressive as the inner workings of Arlington’s infrastructure: the fact that this was the authors’ second book. 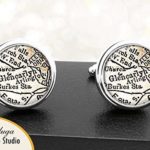 A copy of a “circa 1900’s antique map of The Old Dominion State” was used to create these sepia-tinted cufflinks. The word “Glencarlyn” is featured prominently above “Arlington,” so if you live in the Glencarlyn neighborhood then double whammy. 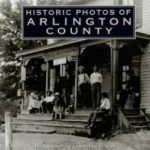 “Historic Photos of Arlington County brings together many different images and perspectives on Arlington, from the non-recognizable rural nineteenth century to quite recognizable images from the 1970s. It captures the manifold aspects of the county in striking, black-and-white photographs.” 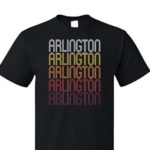 Let’s be honest about it, if you love Arlington enough to buy this ugly t-shirt, you’d probably pay the same amount for a stylish ARLnow t-shirt. Email us and we’ll tell you where to Paypal the money. 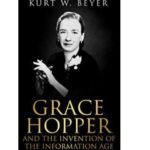 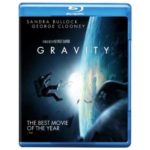 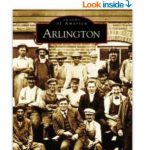 12. Images of America: Arlington by the Arlington Historical Society
Paperback: $21.99

“Through this unique pictorial retrospective, readers will explore some of the county’s early villages, such as Glencarlyn, Queen City, Cherrydale, and Barcroft, and will enjoy viewing the transition from the early trolley lines and Washington & Old Dominion Railroad, which first brought growth to the area.”