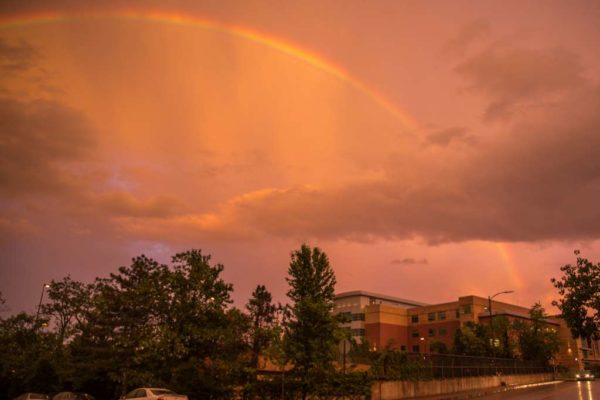 McDonald’s to Open Next Week in Rosslyn — The new McDonald’s restaurant in Rosslyn is expected to open on Monday, May 8. It will feature “mobile and kiosk ordering, with six touch-screen kiosks,” as well as “table service, with servers bringing customers their food after orders are placed using the screens.” [Washington Business Journal]

Petition Against Proposed APS Policy — Among those signing a petition against a proposed new school enrollment and transfer policy is former U.S. CTO Aneesh Chopra. He writes: “We need to be expanding, not restricting access to Arlington’s award-winning, integrated elementary school science curriculum! Counter to the data-driven ‘Arlington Way,’ this proposal is inappropriately rushed with debate or impact analysis. Sad!” [Change.org]

ACPD Officer to Be Added to Memorial — Arlington County Police Cpl. Harvey Snook is being added to the National Law Enforcement Officers Memorial in D.C. Snook died last year of cancer caused by his service during the recovery effort at the Pentagon following the 9/11 attack. Snook will also be added to Arlington’s Peace Officers Memorial on May 10, the first name added since 2005. [WTOP, Arlington County]

Britt McHenry Goes Off the Air — Arlington’s own Britt McHenry is among the mass layoffs at ESPN. Though the sportscaster is going off the air, she said last week via Twitter that her fans would see her again on TV “soon.” McHenry formerly worked for WJLA (ABC 7) in Rosslyn. [Florida Today, Twitter]

Gubernatorial Candidates in Arlington — Democratic candidates for governor in Virginia, Ralph Northam and Tom Perriello, will be debating at a progressive forum in Ballston tonight. [Facebook]