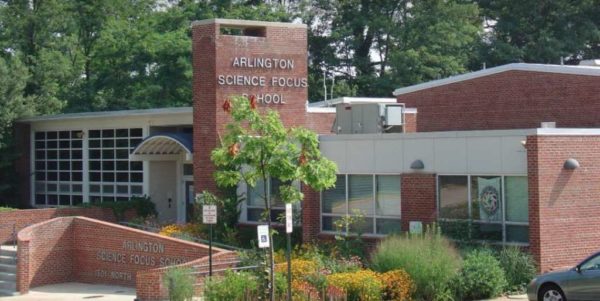 The following Letter to the Editor was written by former U.S. Chief Technology Officer Aneesh Chopra and his wife Rohini. The Chopras are Arlington residents and parents of Arlington Public Schools students.

While many Arlingtonians are mobilizing to protect much needed science investments in the wake of proposed Trump administration budget cuts, a more pressing local threat has emerged that needs our immediate attention: the June 1st Arlington School Board vote that, if passed, will unnecessarily weaken our best shot at helping lower-income kids succeed in science and, thus, prepare for the jobs and industries of the future. And it does so without adding a single new seat to handle APS-wide over-crowding challenges.

The School Board notes that the proposed changes to its enrollment and transfer policy are to “make it easier for families to understand the school options available.” However, what the proposal actually does is arbitrarily change those options – re-classifying some schools to eliminate neighborhood access and others to eliminate choice or lottery access. How the Board re-classifies each school appears arbitrary with no published explanation, justification or criteria including whether it is a reflection on school quality, student demand, or any other factor.

Absent School Board transparency, a group of families have “crowd-sourced” as much publicly available data to piece together the net impact and the answer is bad news for families interested in boosting their child’s performance in science, especially for lower-income families. Roughly 20% of Arlington Science Focus enrollment is via choice/lottery, a figure that falls to zero if this passes. Worse, by eliminating the neighborhood zone for Key Elementary, up to 240 students who could lose in the lottery, including native Spanish speakers, will be forced into an already overcrowded ASFS (runing today at 120% capacity).

Why should this matter? For a low-income family wishing for their child to succeed in science, here’s the bad news: unless you live in the Key Zone neighborhood, you will not have access to ASFS, an award-winning school that delivers, for 93% of low income kids, proficiency or higher on the 5th grade science exam, a rate that places ASFS among top 5% of elementary schools statewide.

The School Board COULD have proposed to treat Key Elementary and ASFS similarly to allow that low-income family to apply for enrollment via lottery, but without justification as to why, they are poised to choose to limit access for ASFS while expanding it for Key.

More insidious is the risk to ASFS’ impressive results. Despite a taxpayer-funded evaluation of APS science results in 2014, not a single publicly available evaluation explains why ASFS is so successful. A fellow Obama White House policy maker and neighbor, Ben Harris, notes that children benefit–or suffer–from being in a classroom with children at a different educational level as their own. Stanford economist Caroline Hoxby found that economically disadvantaged African-American and Hispanic children in Texas showed marked benefits from being in a classroom with kids who had higher test scores.

In other words, diversity matters. And this policy hits right at the diverse enrollment mix currently at ASFS. Coupled with its award-winning integrated curriculum that embeds science and discovery in all classroom instruction, ASFS results need further study before materially changing its composition, curriculum, or level of parental engagement on account of family choice.

I urge you to call, write, or show up to the June 1st School Board meeting and demand a return to evidence-based policy-making that we have so loudly called for at the federal level when attempting to fight back the Trump Administration’s attacks on science, health, and the social safety net. Such a call will result in a call to expand access via choice/lottery slots to Arlington Science Focus. Anything less would be irresponsible.

(Update: APS just posted this FAQ which includes this depressing quote: “Ensure that no students who live outside of the current Science Focus/Key boundary zone are enrolling in Science Focus for the first time, beginning with the 2017-18 school year.”).