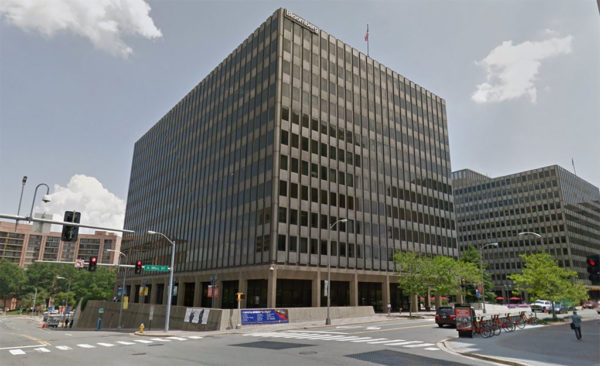 The Arlington County Board will discuss Saturday whether to move forward with a plan to extend a partial real estate tax exemption for Bloomberg BNA.

Bloomberg BNA is a major employer in the neighborhood with 972 employees and a 200,000 square foot office at 1801 S. Bell Street. It signed a deal earlier this year to stay in Arlington, invest $5.5 million and create up to 125 new jobs.

Under the proposal, Bloomberg BNA would be allowed to continue its partial property tax exemption, which expires at the end of this year, for another five years. Arlington first offered BNA an exemption in 2006 to lure it to Crystal City.

The company provides legal, tax, regulatory and business information to professionals who work in fields like the law, taxation and the environment among others.

Gov. Terry McAuliffe (D) approved a $500,000 grant from the Commonwealth’s Opportunity Fund to assist with the project, which came as Bloomberg BNA was looking to explore its options for future locations in the region. An extended tax exemption is part of the package of incentives.

The exemption took effect in 2008, and costs the county approximately $400,000 a year. Under the terms of the extension, BNA would need to keep at least its current staffing levels and occupied office space. If not, the County Board could withdraw from the exemption or reduce it.

If the County Board moves ahead with staff’s recommendation to advance the plan, a public hearing would be held in July.