A software startup received a $35,000 grant at Saturday’s Arlington County Board meeting after relocating to Crystal City last year.

Stardog is one of two companies to receive a Gazelle Grant, an incentive program from Arlington Economic Development for fast-growing companies to locate in the county.

The other company to receive a grant so far, Videoblocks, announced it would move to Courthouse last month. It will receive $110,000. 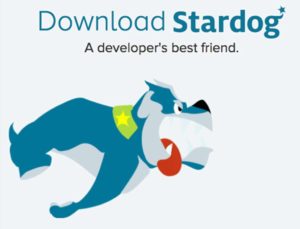 Stardog moved to 1400 Crystal Drive in September, having launched in 2005 in the Shaw neighborhood of D.C. CEO Kendall Clark said the company helps businesses bring together internal data from various different sources.

Clark said that while that process could take a large company like Samsung a week and use 30 people to collate all the data on, for example, the purchases of a certain dishwasher in the corridor between D.C. and New York, Stardog’s technology does the job in a matter of seconds.

“We’re lucky to have found a bunch of really big customers who have this problem and we solve it well,” Clark said. “It’s not an area that anyone else is really focusing on in our software, so it’s a good combination of need and the software business that we’re looking at, which is a good combination if you can find it.”

Clark said Stardog chose Arlington after its landlord in Shaw tripled the rent, but he said the new Crystal City location has many benefits for employees. With software developers based as far afield as Hawaii and Moscow, Clark said the close proximity to National Airport and Metro helps staff get around easily, while the places where people can eat and live are numerous.

In addition, Clark said, Stardog found Arlington to be a much easier place to do business in as a startup.

“All the business license and low level paperwork that doesn’t really get you any advantage to being in a place — but if you don’t do it it’s bad — it’s lots of stuff like that in Arlington that you can do online,” he said. “In the District, I found for whatever reason there was always some reason I or somebody else had to go to an office in Southeast, struggle with parking and the whole nightmare and then go in and you’re there all day.” 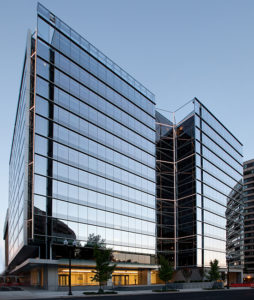 Under the terms of the grant, Stardog must create 70 new full-time jobs at its Arlington office and lease 3,500 square feet of office space. If, by the end of 2019, it has not hit 90 percent of its space target and 50 percent of its employment target, it will have to pay back some or all of the grant.

A staff report that recommended approving the grant said Stardog will use the grant to help build out its new office, relocate its operations and recruit and train new employees.

Clark said the company plans to triple its revenue from last year, and is “on track” right now to do just that. That new revenue will lead to more full-time employees, which will lead to “more people buying houses,” Clark said.