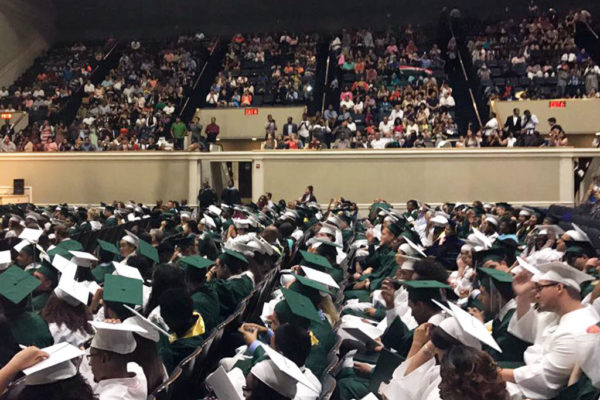 Widening of W&OD Trail Studied — The Northern Virginia Regional Park Authority is considering a proposal to widen the W&OD Trail in parts of Arlington, Falls Church and Fairfax County. The proposal also calls for separating pedestrians and cyclists along the widened portions of trail. [The Wash Cycle]

Stormy Weather Expected Over the Next 24 Hours — The remnants of Tropical Storm Cindy are expected to bring heavy rain and scattered storms to the area between now and Saturday morning. Most of the rain is expected to fall early Saturday. [Twitter, Capital Weather Gang]

Lawmakers Confronted at DCA — Protesters confronted lawmakers returning home to their districts at Reagan National Airport yesterday. They were protesting against the proposed GOP health care bill, holding signs like “don’t take away our healthcare” and “Medicaid matters.” [The Hill]

Middle School Students Burning Books — Yesterday, on the last day of middle school in Arlington, the fire department was called for a report of middle school students burning books in a field. An ACFD spokesperson could not be reached for additional information. [Twitter]

END_OF_DOCUMENT_TOKEN_TO_BE_REPLACED

More Stories
Just Listed in ArlingtonMorning Poll: Do You Support the County Weighing in on Climate Change?