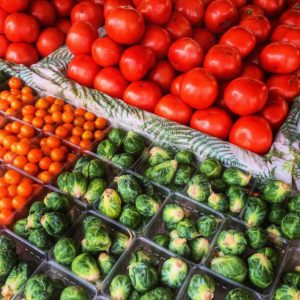 Two Arlington nonprofits are benefitting from grants handed out by the company behind the I-395 High Occupancy Toll lanes.

Arlington Energy Masters Program and the Columbia Pike Revitalization Organization have both been awarded grants from the Express Lanes and Community Grant Program, run by Transurban.

The program aims to “support organizations that sustain, enhance or protect the local environment and communities.” Transurban manages the HOT lanes on the Capital Beltway, and will do the same for the planned I-395 HOT lanes set to run through Arlington.

Over $550,000 has been awarded to 119 organizations around Northern Virginia since 2008, several of which that have been from Arlington. Any group can apply for a grant via the online application.

The Energy Masters Program, which promotes sustainability throughout Arlington, received grant funding to help residents at the Fort Henry Gardens apartment complex in Nauck with insulation issues, and to help refurbish over 50 units.

The CPRO received grant funding to improve the Columbia Pike farmers market and ensure that residents have access to fresh, locally sourced food. In addition, the money received was also used to design messages that were placed around schools, libraries, churches and apartment complexes and on social media about the grant program and how to apply.

In the future, CPRO plans to work with local partners such as the Arlington Food Assistance program on additional nutrition-related outreach.