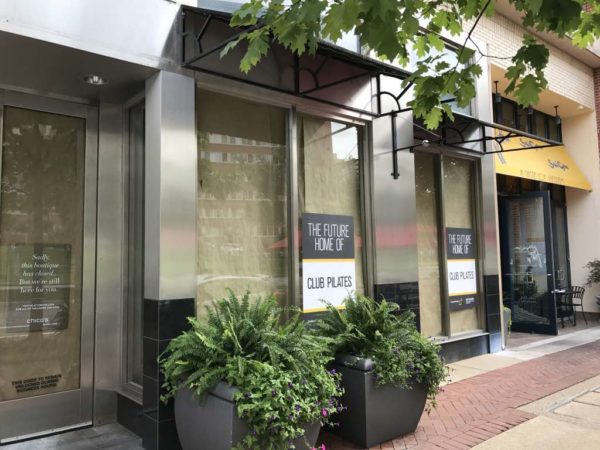 The Southern California-based company is opening a franchise location on Pentagon Row (1101 S. Joyce Street), next to Saigon Saigon restaurant. Paper still covers the windows, suggesting that an interior build-out is in progress.

In a Facebook message, the studio says it’s at least five weeks behind schedule due to delays with the county permitting process — a common complaint of new brick-and-mortar businesses in Arlington.

Our apologies for the delays. We are still waiting on county permits to start building out the studio. We are about 5…