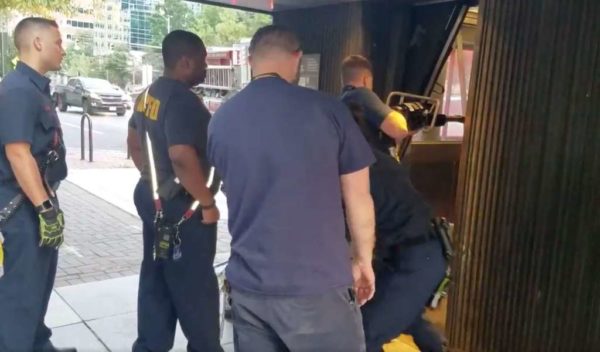 The woman was trapped inside the station’s elevator at ground level after the doors would not open.

The Arlington County Fire Department was called and firefighters used the “jaws of life,” a heavy-duty hydraulic tool, to pry open the elevator doors. The started passenger was then able to squeeze out of the gap between the doors, where she was evaluated by paramedics.

Units used the "Jaws of Life" to rescue a passenger stuck in a Ballston @wmata Metro station elevator this AM. No injuries during incident. pic.twitter.com/QBPufIxiQN