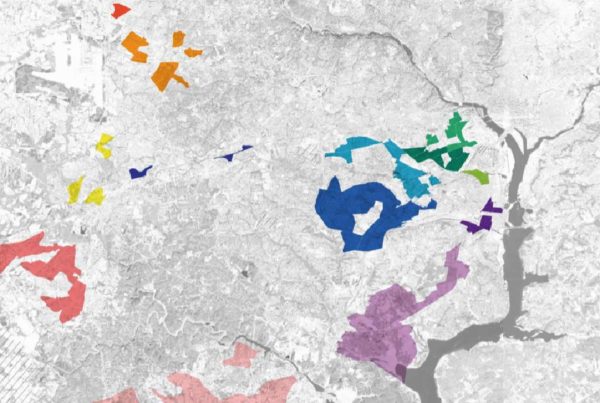 A report has shown that areas of wealth and disadvantage exist very close together in Arlington, sometimes just blocks away from each other.

The report by the Northern Virginia Health Foundation, entitled “Getting Ahead: The Uneven Opportunity Landscape in Northern Virginia,” identifies what it calls 15 “islands of disadvantage,” where people face multiple serious challenges.

Those challenges include the levels of pre-school enrollment, teens out of high school, whether people have a Bachelor’s degree or higher, the level of English spoken in a household, unemployment rate, child poverty rate, health insurance rate and more.

Of those “islands,” three are either wholly or partly in Arlington: one near the county’s border with Bailey’s Crossroads and Seven Corners; another along Columbia Pike in the Douglas Park neighborhood; and another in the area of Buckingham and Fort Myer.

The report also found that neighborhoods separated by one thoroughfare can have very different demographics, housing and poverty levels.

“A striking example was near Ballston Common [Mall, rebranded as Ballston Quarter], where residents in two census tracts on either side of North Glebe Road — tracts 1019 and 1020.01 — faced very different living conditions,” the report reads. “In census tract 1019, east of N. Glebe Road, 85 percent of adults had a Bachelor’s degree or higher education and the median household income exceeded $160,000 per year.

“Just west of N. Glebe Road, in tract 1020.01, 30 percent of teens ages 15-17 years were not enrolled in school, only 38 percent of adults had a Bachelor’s degree and 48 percent of the population was uninsured.”

It also found that life expectancy can vary by as much as 10 years across the county, “from 78 years in the Buckingham area to 88 years in parts of Rosslyn and Aurora Highlands.”

“In today’s knowledge economy, advancement requires better access to education — from preschool through college — and economic development to bring jobs with livable wages to disadvantaged areas,” it reads. “And it requires an investment in the infrastructure of neglected neighborhoods, to make the living environment healthier and safer, to provide transportation, and to improve public safety. What is good for our health is also good for the economy and will make Arlington County a stronger community for all of its residents.”