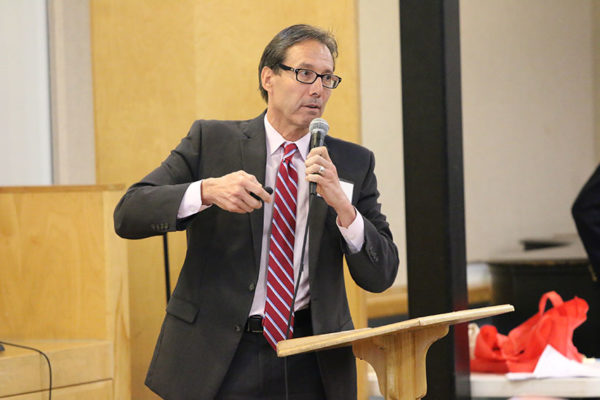 After 20 years on the Arlington County Board, chair Jay Fisette is retiring, to be succeeded by fellow Democrat Erik Gutshall.

And having presided over his last meeting earlier this week (Tuesday, December 19), Fisette was in a reflective mood as he looked back at his tenure, but said he is excited for the future of the county.

On this week’s 26 Square Miles podcast, we talked with Fisette about his memories of the September 11, 2001 terrorist attacks on the Pentagon, Base Realignment and Closure, Metro, development and the nixed Columbia Pike streetcar, among other subjects. He also had some advice for his colleagues remaining on the County Board.