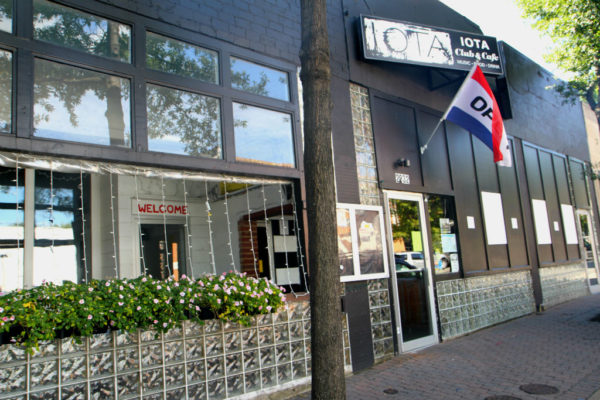 The owners of the IOTA Club and Cafe in Clarendon announced in September that the live music venue would shutter at the end of the month, after more than 23 years in business. Despite a campaign to “Save IOTA” earlier this year, Market Common Clarendon owner Regency Centers’ plan to revamp the retail and office development caused uncertainty about its future. In a press release, IOTA owners Jane Negrey Inge and Stephen V. Negrey said they chose to close the club rather than temporarily relocate during renovations and pay higher rents upon moving back.

Brewpub Sehkraft Brewing closed its doors in early January after about a year in business in Clarendon. Its opening had been stymied by months of delays and what its owner described as regulatory wrangling with the county’s permitting office. It brewed its own beer and had wine on tap, as well as three separate food menus for lunch, dinner and the bar. The space at 925 N. Garfield Street was vacant for much of the year, before The Board Room opened in late November.

Politico reporter Helena B. Evich first spotted an adventurous animal hitching a ride on the back of an American Disposal Services trash truck in Rosslyn a little after 11 a.m. one February morning. By the time the driver pulled over, the truck had traveled all the way from Rosslyn to Falls Church, when the Falls Church Police Department’s animal control team safely rescued the raccoon without harm.

Police shot a man dead on the Glebe Road exit of I-395 in May after he pinned an officer against another vehicle with his black pick-up truck. Police had attempted a traffic stop after a “hit” from a police license plate reader. Officers on the scene attempted life-saving measures on the suspect, 28-year-old Daniel George Boak of Centreville, but he later died in the hospital. In September, Commonwealth’s Attorney Theo Stamos found in a report on the incident that officers were justified in shooting Boak as they were in “imminent danger of serious injury or death.”

Autria Godfrey a morning news anchor on WJLA (ABC 7), was charged with trespassing and being drunk in public in late February in Clarendon. The incident happened early Saturday morning, on February 18, at Clarendon Grill. Godfrey was suspended and taken off the air by station owner Sinclair, but returned to the airwaves the following week.

Which story was our most-read this year? Find out in the final part of our countdown tomorrow.