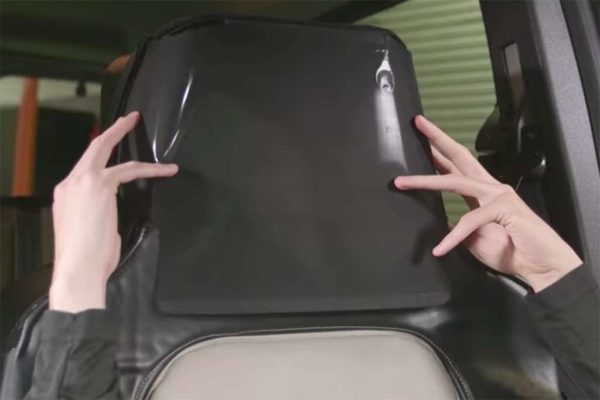 Yesterday, we began our countdown of our most-read stories this year.

A teaser clip from the second season of Bravo reality series Real Housewives of Potomac showed Michael and Ashley Darby, co-owners of Clarendon restaurant Oz, discussing whether their venture would survive. But contrary to its portrayal in the show, Michael Darby said in an interview with ARLnow that the restaurant is doing just fine after some “significant” changes.

On a Thursday evening in early August, a car that appeared to be self-driving was spotted cruising around Clarendon and Courthouse. It drove cautiously but kept up with traffic, and had a light bar that blinked when it stopped at a red light. After further investigation by NBC 4’s Adam Tuss (which gave rise to the catchphrase “I’m with the news, dude!“), it was revealed that a driver was in the car disguised as a car seat. The following month, Ford said it was behind the tests in conjunction with Virginia Tech to test how driverless cars interact with other road users and the reactions of those nearby.

An apparent housewarming party in February turned deadly after a 23-year-old man, Michael Gray of Manassas, was shot by 37-year-old D.C. resident Jason Allen Johnson. After a long search, Johnson was arrested in October for shoplifting in New York City and extradited to Virginia.

Police arrested a man who walked naked down Columbia Pike in late July. Officer said the man might have been suffering from mental health issues, and was arrested “without incident” before being transported to Virginia Hospital Center.

Arlington County’s chronic homeless rate has dropped 64 percent since 2013, thanks to what officials describe as a “housing first” model. Despite a jump to 232 homeless people in 2017 from 174 in 2016, county staff and nonprofits said they look to move people into housing and then help them stabilize their lives with a job and help with challenges like substance abuse or mental illness.

Look out for #6-10 on the countdown tomorrow.