Many pets have had bloodwork run at some point in their life — perhaps prior to routine surgery such as neutering, or possibly because they were sick.

So, just what information does blood work give your pet’s doctor that isn’t otherwise apparent?

In this three-part series we’ll look first at the complete blood cell count, or CBC, and then at the blood chemistry profile and finally some of the other myriad of tests that can be run from a simple blood sample.

The complete blood cell count is one of the most basic, but also most important, tests that can be run on a patient’s blood. As the name implies, it is assessing various cell counts within the blood.

In addition to being an important baseline test it is also especially useful in patients with fevers, evidence of infection, inflammation, cancer, or in patients on certain types of medications (especially chemotherapy drugs which can often affect cell counts).

Here’s a brief run-down of the values that are assessed with a complete blood cell count:

White blood cells can be further broken down into several different types of cells, each with specific functions: 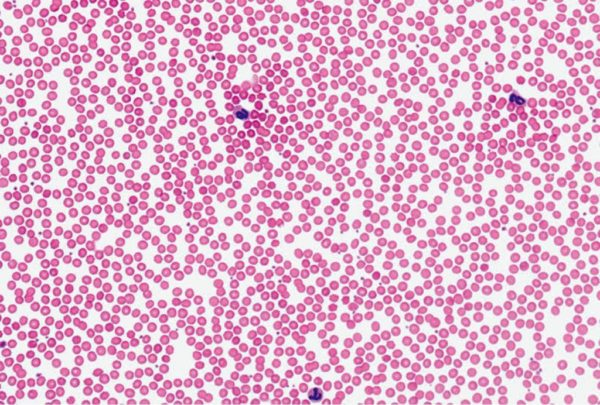 The majority of cells in this image are red blood cells. The larger cells with the purplish center are neutrophils, and the small purple dots are platelets.

Join us Saturday March 24, for our 3rd annual open house from 1-3 p.m. We’ll have the clinic open to clients and general public to see the behind the scenes action. We’ll have games, cool learning stations and tons of fun with our staff!

Would you like to learn more about a specific topic? Email us and let us know: [email protected].