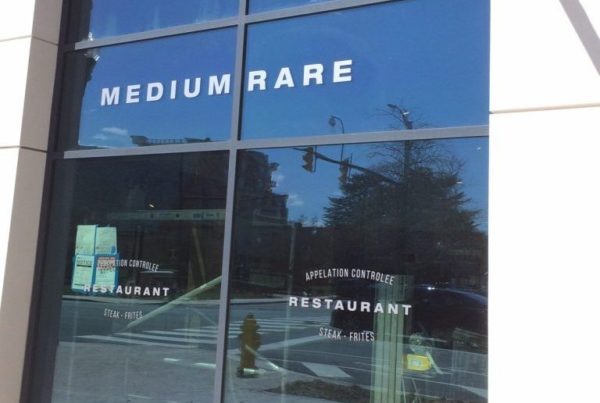 Looks like Virginia Square residents won’t have to wait long for the opening of prix-fixe steakhouse Medium Rare.

The restaurant had signs up as early as November 2017, but co-founder Mark Bucher confirmed via email that the restaurant is targeting to open the first week of April.

Currently, the popular chain has three open locations — two in D.C. and one in Bethesda, Md.

Medium Rare is known for its relatively inexpensive pre-fixe dinner menu of bread, salad, and culotte steak with fries and a “secret sauce” for about $20.