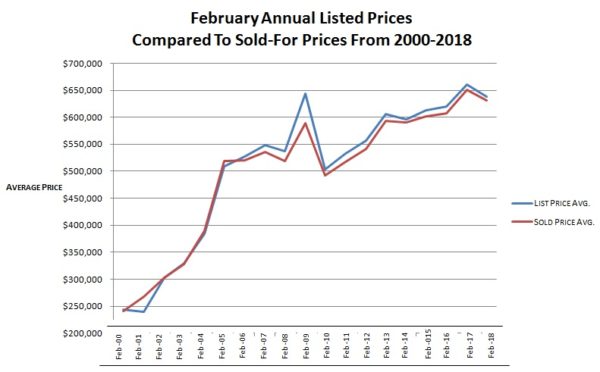 The average sale price of homes in Arlington dipped in February compared to one year prior, the first such dip for the month since 2014.

That’s according to data from the Northern Virginia Association of Realtors, which releases historical monthly data for the region and for localities including Arlington.

The general trend for February home sales has been up, however, since February 2010.

Despite the decrease in the average sale price, the number of homes — including condos, townhomes and single-family detached houses — sold in February 2018 was up 3.6 percent year over year, with a total of 175 homes sold. Selling prices were 1.48 percent less than the asking prices.

Average sale prices can be affected by changes in the mix of the types of homes sold. For instance, a higher percentage of condos — which typically sell for less than single-family homes — sold may cause a dip in the average. In February 2018, 62% of the homes sold in Arlington were condos, compared to 58% in February 2017. 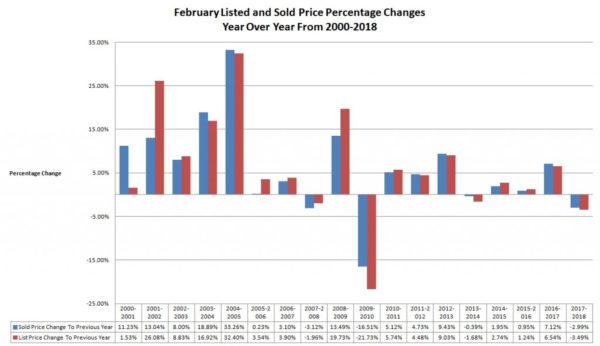