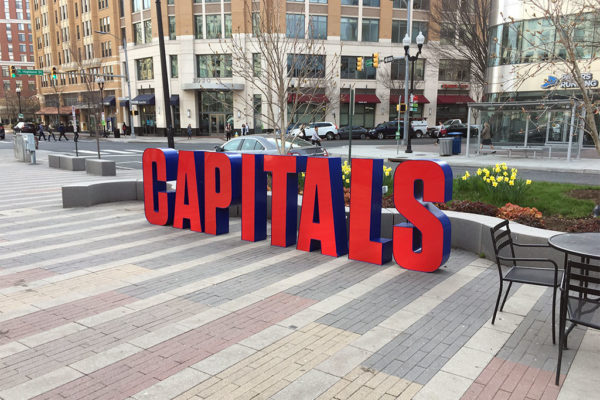 Beyer’s GOP Challenger Holding Arlington Event — “Republican congressional candidate Thomas Oh will host a campaign kickoff on Tuesday, April 24 from 5 to 8 p.m. at Spider Kelly’s, 3181 Wilson Blvd. Oh is the GOP challenger to U.S. Rep. Don Beyer (D-8th), who is seeking a third term. He was the only Republican to file for the nomination.” [InsideNova]

Local Scenes on Sale at Arts Fest — Among the artists at the upcoming Arlington Festival of the Arts in Clarendon will be Joseph Craig English, whose “silkscreens and lithographs capture local landmarks and street corners in vivid colors,” including “an architectural juxtaposition of old buildings and new construction in Courthouse; Potomac River vistas; local murals and street signs known to commuters who’ve passed by them for years.” [Arlington Magazine]

Arlington Tourism Surtax Gets Gov’s Signature — “The Arlington County government will be able to continue collecting a surtax on hotel stays to pay for tourism promotion, now that Gov. Northam has signed legislation extending the measure for three more years.” [InsideNova]

Don’t Try This at Home — Per scanner traffic, police officers responding to a call yesterday afternoon were advised that “the suspect is known for using hand sanitizer as an alcoholic drink.”

Nearby: Alexandria OKs More Funding for Metro Station — “Plans to build a new Metro station at Potomac Yard in Alexandria, Virginia, took a crucial step forward Tuesday. Alexandria City Council unanimously approved raising the budget from $268 million to $320 million. The change was made in part to reflect the rising cost of materials and labor.” [WTOP]